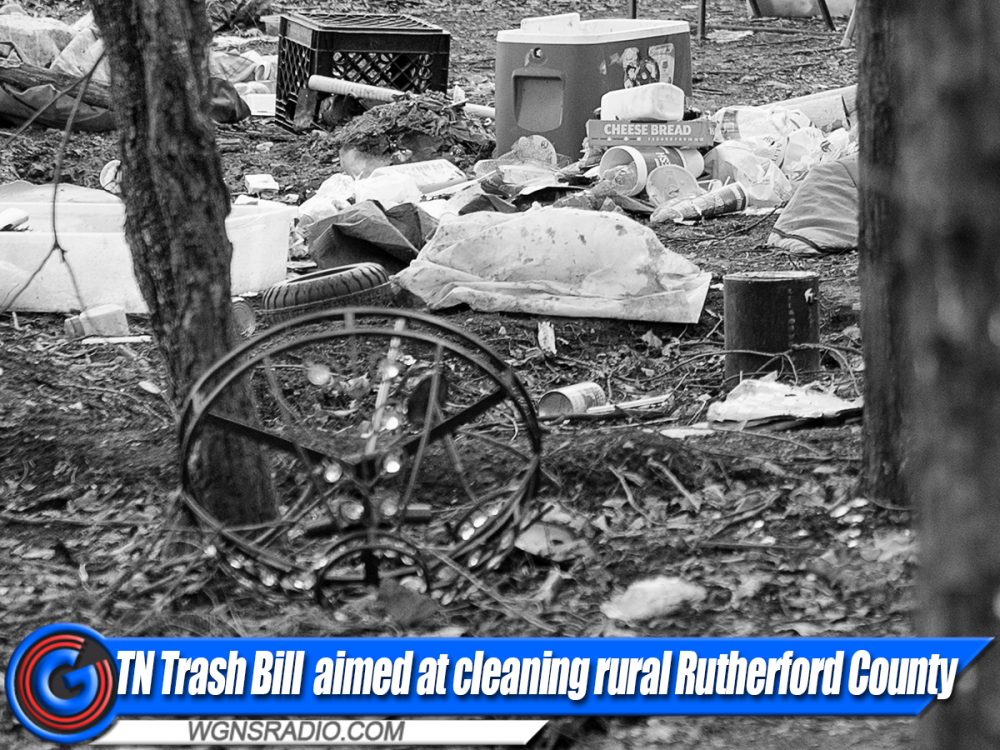 Current fines for littering, despite the size of item you’re caught throwing out, remains a low $50. Ketron wants to see that fine increased significantly, but increasing the fine has to be done at the state level.

In the past, the county has gone as far as installing motion activated cameras, often referred to as “Trail Cam’s,” in rural areas to catch litterbugs littering…

If littering fines remain a low $50, then continued efforts to reduce the problem of littering may prove to be fruitless - that is why Ketron has called on lawmakers to change the penalties for illegal dumping.

What has been dubbed the “Tennessee Trash Bill,” will perhaps make litterers think twice.

House Bill 2424 passed late last week and once signed into law, those who illegally discard old mattresses and refrigerators on the side of the road- could be hit with a Class B Misdemeanor, as explained by State Representative Mike Sparks of Smyrna…

The bill, which was proposed by Representative Mike Sparks (R) of Smyrna, TN, will equal stiffer penalties for those who are caught illegally dumping trash in not only Rutherford County, but throughout the Volunteer State.