UPDATE: More news on removing the sting in the local honey thefts 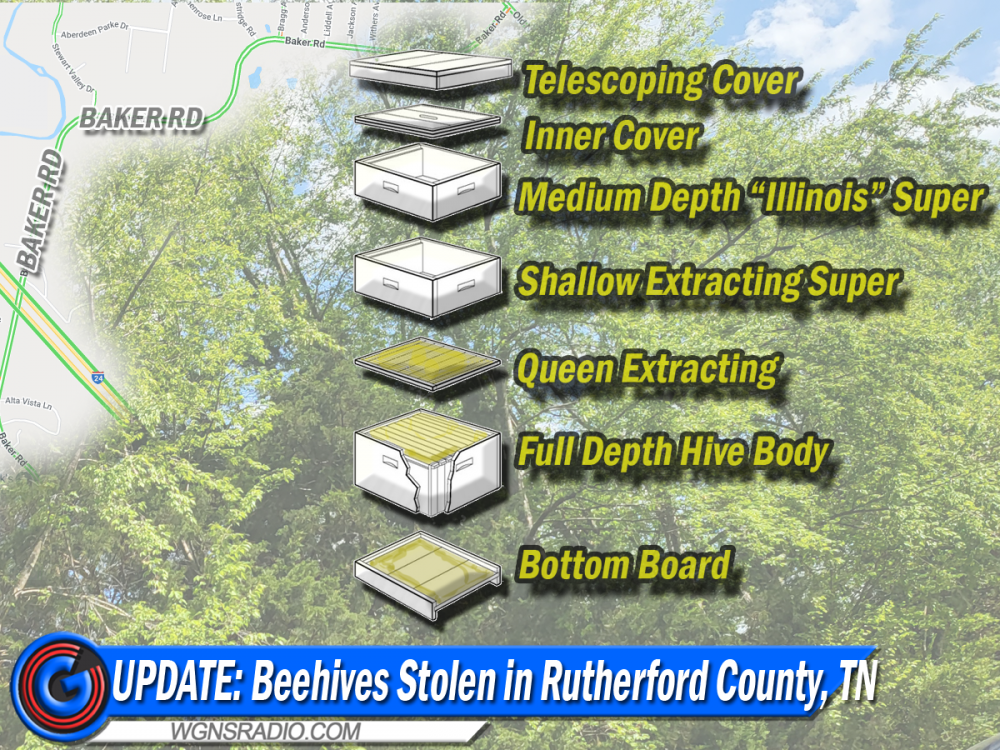 (Murfreesboro, TN) WGNS has more news on a theft that caused quite the sting for one man.

However, the chase turned sour when the GPS unit stopped working shortly after the second theft was reported. The beekeeper told police the unit last pinged in the direction of the Old Nashville Highway.

The following day must have been like unwrapping a gift, because it equaled a new ping! The GPS unit was traced to a home on Baker Road, 6.5-miles from the original beekeepers site.

On April 22nd, Murfreesboro Detectives assisted by Rutherford County Sheriff’s Deputies went to the home in question where they found a large number of brood boxes. With warrant in hand, the boxes were recovered.

While there was a language barrier to overcome between law enforcement and the resident who lives at the home on Baker Road, police say they believe additional brood boxes found at the address belong to other beekeepers in the area.

Detectives are talking to additional victims of brood box thefts that were previously reported. So for now, the case remains open as more details are being gathered by authorities.