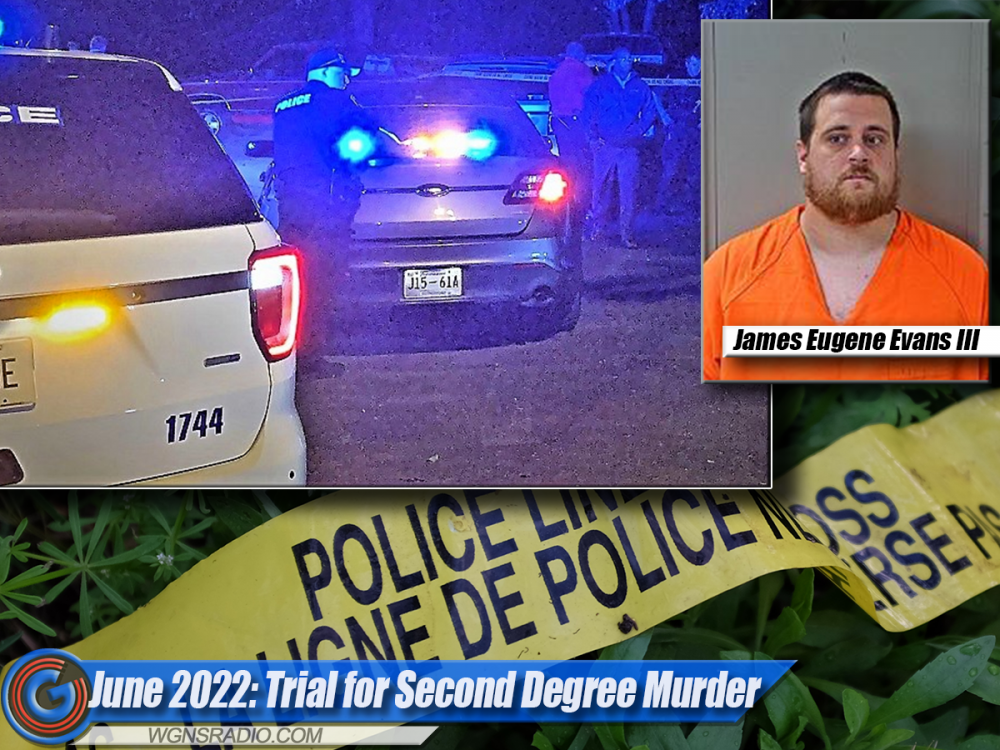 (Murfreesboro, TN) A murder case that dates back to April 9, 2020 will make its way to the Rutherford County Circuit Courtroom of Judge Barry Tidwell next month on June 20, 2022. Defendant James Eugene Evans III is facing a charge of second-degree murder. Rutherford County District Attorney Jennings Jones told WGNS about the shooting that occurred 2-years ago…30-Year-old Stephen R. Lopez, Jr. who lived in Cannon County, was shot and killed while in Murfreesboro. Lopez was shot while at a home in the 1100 block of North Rutherford Boulevard.

Evans, who turned 30 this past April, remains behind bars at the Rutherford County Adult Detention Center in Murfreesboro. Evans has remained behind bars since his arrest on April 12th of 2020, just three days after the death of Mr. Lopez on April 9th of 2020. Again, the District Attorney told WGNS NEWS that Evans will appear in court for trial on June 20, 2022.