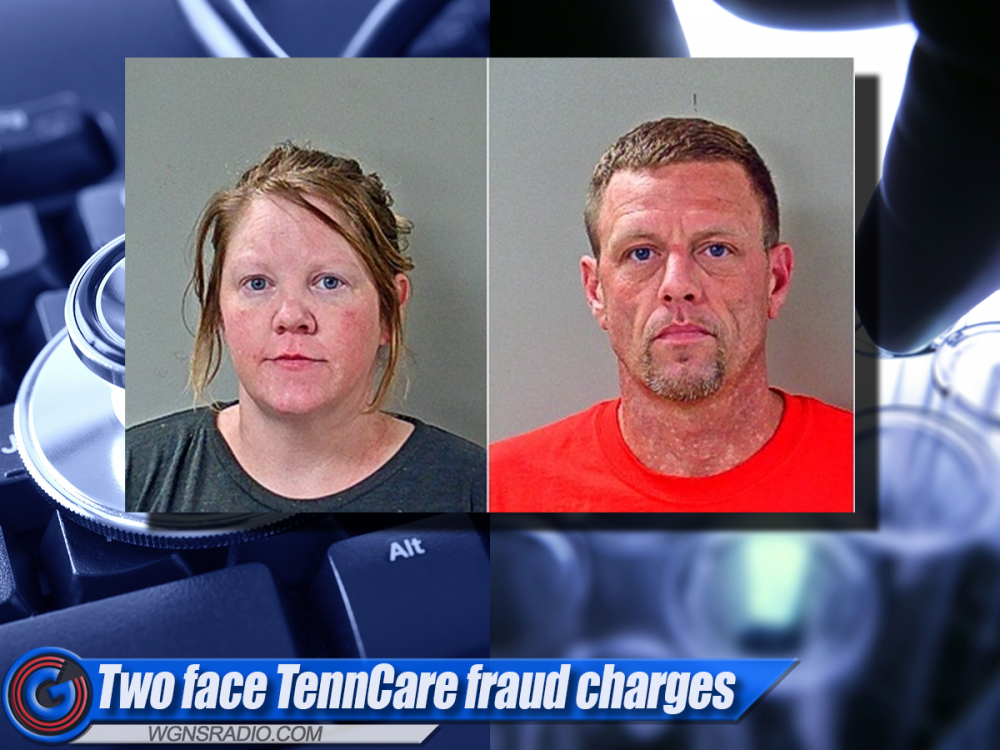 Above: (L to R) Dusty Brown and Phillip Johnson

(RUTHERFORD COUNTY, TN) Two people in Rutherford County are charged with TennCare fraud in connection with allegedly giving false information so one of them could enroll in the state’s healthcare insurance program. According to the Office of Inspector General (OIG), the arrests of Phillip Johnson and his reported girlfriend Dusty Brown were made with the help of the Rutherford County Sheriff’s Office.  Both Johnson and Brown are 45-years-old and reports indicate on top of the TennCare fraud charge,  Johnson is also charged with theft of services.

Investigators allege the girlfriend provided false documents and statements to the state as to where Johnson’s son was living. The statements resulted in TennCare paying more than $8,440.00 in fees and claims on behalf of Johnson. Inspector General Chad Holman said, “Truthful and accurate household composition reporting is the responsibility of TennCare recipients.” Holman went on to state,  “When recipients provide false information, they will be investigated to ensure that they are held accountable.”

Because the arrests involved two suspects from Rutherford County, the case is being prosecuted by District Attorney General Jennings H. Jones, who serves Rutherford and Cannon Counties. As for the charge of TennCare fraud, it is considered a class D felony. In Tennessee, a class D felony carries with it the possibility of a 2 to 12-year prison sentence and a fine of up to $5,000.

The OIG, which is separate from TennCare, began full operation in February of 2005 and has identified and investigated more than 130,349 potential fraud cases leading to more than $9.2 million being repaid to TennCare.  In the last year ending June 30, 2021, the total estimated cost avoidance was more than $7.5 million. TennCare's budget is comprised of 65 percent federal and 35 percent state dollars. To date, 3,168 people of been charged with TennCare fraud. Because TennCare fraud is such a large problem in the Volunteer State, the Office of Inspector General has created a “Most Wanted” list that can be found online at https://www.tn.gov/finance/fa-oig/fa-oig-most-wanted.html. Anyone with information about a wanted subject is urged to use the contact information on the page. There is also a reward program that was established by the Legislature allowing Tennesseans to be eligible for cash rewards when reporting TennCare fraud, if the tip leads to a conviction.  Anyone can report suspected TennCare fraud by calling 1-800-433-3982, toll-free, or by logging on to www.tn.gov/oig/ and following the prompts that read “Report TennCare fraud.”