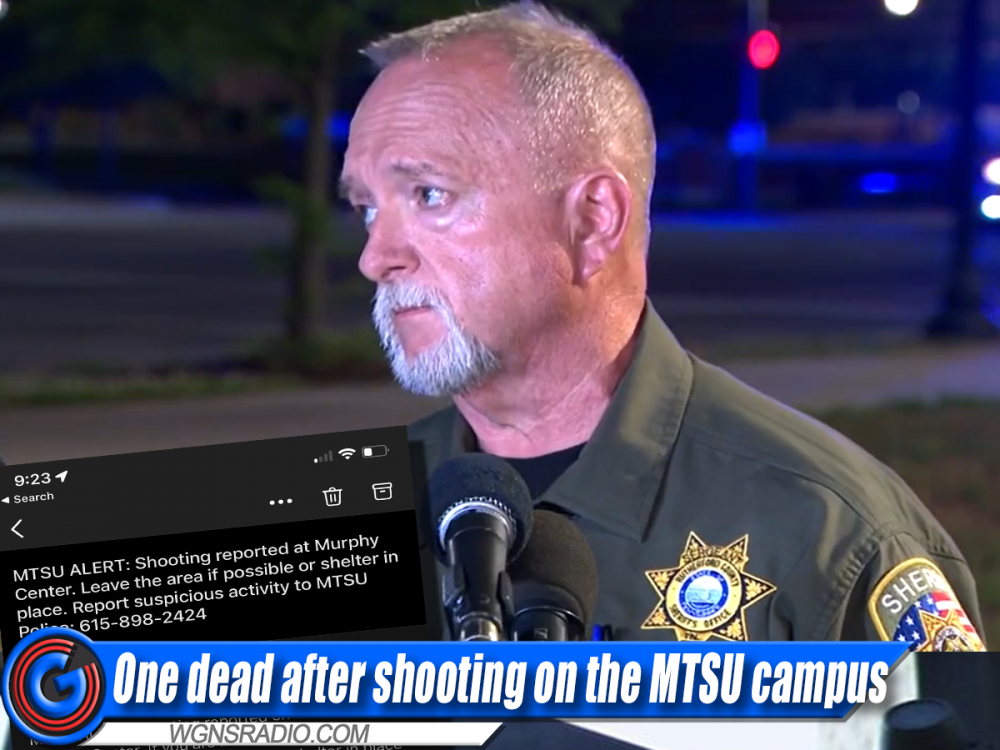 (Murfreesboro, TN) UPDATE — One person was killed and a second was critically injured in a shooting that occurred on the MTSU campus around 9:15 Wednesday night. The shooting occurred as the Riverdale High School Graduation Ceremony came to a close. Sheriff's Sgt. Dan Goodwin stated...Rutherford County Schools Spokesperson James Evans said...Riverdale’s graduation, that included around 450 graduates, started at 7 Wednesday evening and was held inside the MTSU Murphy Center. The shooting happened after the graduation ended. Riverdale will be CLOSED on Thursday, but is expected to reopen on Friday, according to Rutherford County Schools Spokesperson James Evans.

At this point the shooter has not been caught. A manhunt is still underway for the culprit who opened fire.

ADVERTISEMENT
Blackman High School is set to hold their graduation ceremony inside the Murphy Center on Thursday night at 7. As of Thursday morning, plans were still on GO to move forward with the ceremonies.

Again, one person was killed after the Riverdale Graduation Wednesday night outside the MTSU Murphy Center. A second person was critically injured.

From Murfreesboro Police (May 18, 2022 at 11:30PM) – Tonight’s shooting at Middle Tennessee State University (MTSU) is a tragedy for our community.  We mourned with the family who lost a loved one and the victim who was injured.

At approximately 8:51 p.m. Murfreesboro Police Department officers and MTSU Police responded to the MTSU campus and found two people suffering from gunshot wounds near the tennis court next to the Murphy Center.

One victim is deceased and the other injured and is critical but stable condition.

The shooting occurred as individuals were leaving a high school graduation being hosted on the campus of Middle Tennessee State University.

All agencies are continuing their search for a suspect.

Please stay clear of the area and residents in the immediate area are asked to call us if they notice anything suspicious.

We ask for the public’s patience as the investigation is still active.

Previous Information: Directly after the shooting at around 9:15PM, MTSU sent an alert to those on campus stating, "Shooting reported on campus at Murphy Center. If you are in that location, leave immediately if possible. Otherwise, shelter in place by finding a secure area and wait for further announcements. If you are not in that location, stay alert and away from the location.” According to sources, two people were shot, but their condition has not been released.