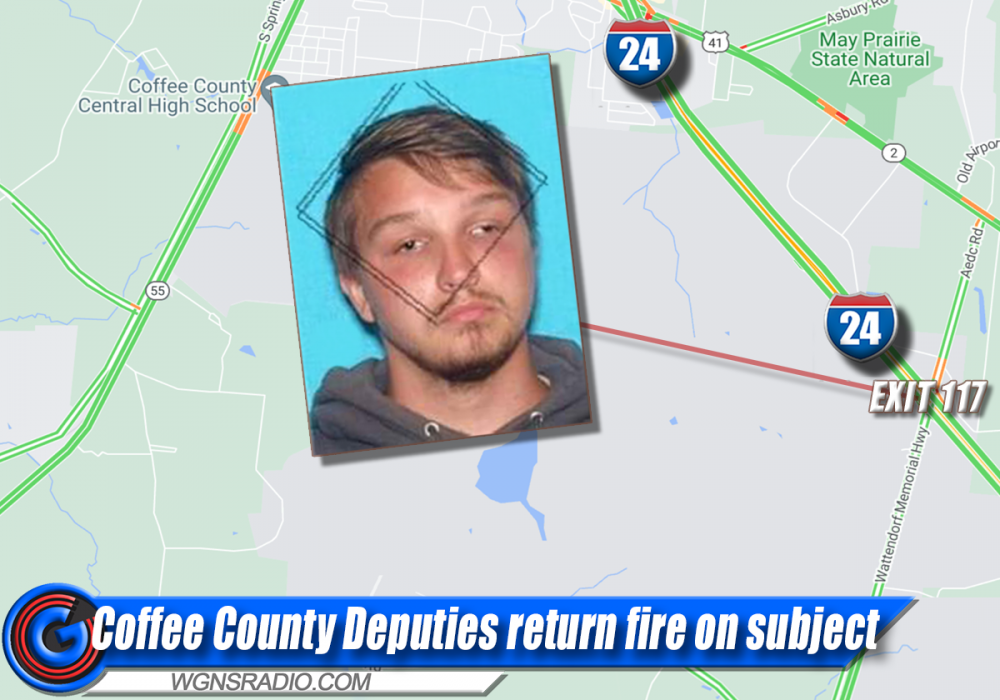 About 30-minutes east of Murfreesboro in Hillsboro, Tennessee, 9-1-1 dispatchers received a phone call just before midnight on Monday from a man who was expressing suicidal tendencies, according to authorities. The caller told dispatchers that he was on the I-24 overpass at exit 117.

Deputies arrived at the overpass where they found 20-year-old Evan Krenson of Decherd, Tennessee. The officers began talking to the subject in an attempt to get him to agree to medical treatment. The Sheriff’s Office reported, “While talking with Mr. Krenson, he produced a weapon and fired at deputies. Two deputies returned fire striking Mr. Krenson.”

After the 20-year-old was struck by the shots fired by deputies, he was quickly transported to the hospital for treatment where he remains in critical but stable condition.

The Tennessee Bureau of Investigation is now heading the investigation into the shooting at the request of the District Attorney’s Office. The deputies’ names are not being released at this time.