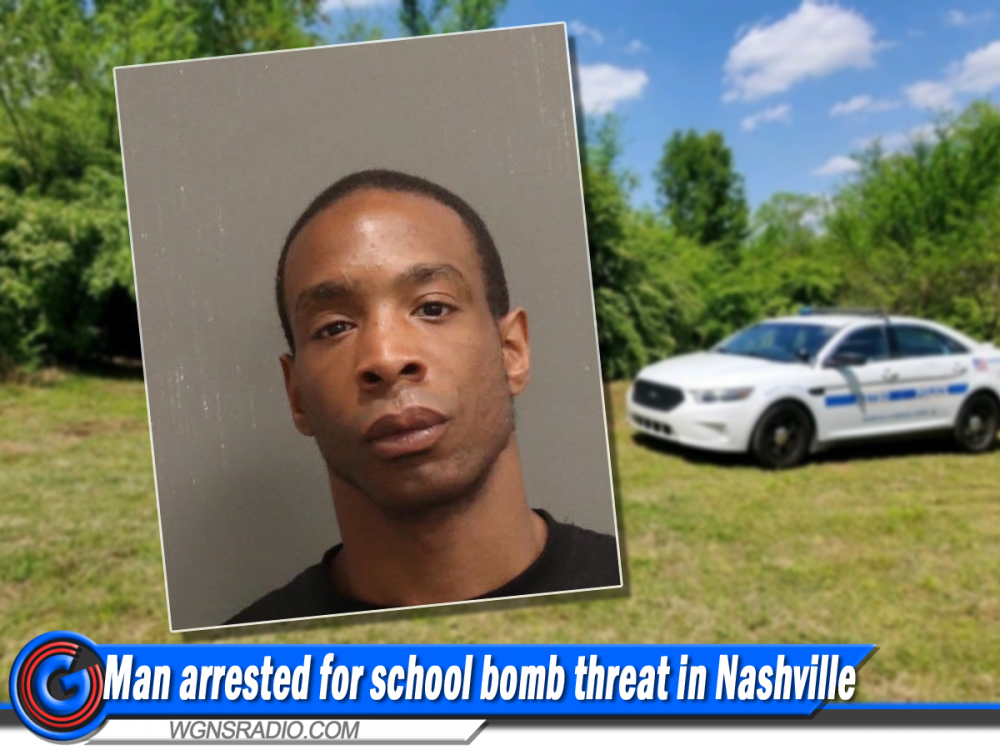 (Middle Tennessee) WGNS has learned that only one-day before the May 18th shooting outside of the Riverdale High School graduation at the MTSU Murphy Center, there was a bomb threat called into a Nashville school. In the Murfreesboro shooting, an 18-year-old was killed and a 17-year-old was injured. While the case in Nashville was unrelated, such threats are a growing concern.

As many realize, one day after the shooting in Murfreesboro there was a shooting at another high school graduation on the Southeastern Louisiana University campus. In that case, three people were shot and a fourth person was injured. 20-Year-old Trent Thomas was charged with three counts of attempted second degree murder after being accused as the suspected gunman.

The following week on May 24th, a gunman in Uvalde, Texas opened fire and killed 19-elementary students and two teachers. After a short police standoff on Tuesday, authorities moved in and shot 18-year-old Salvador Ramos. The Texas shooting was the second deadliest shooting at a K through 12th grade school since 2012 when 26 students and adults were killed at Sandy Hook Elementary School in Newtown, Connecticut.

Going back to the May 17th bomb threat in Nashville... it was called into the Tom Joy Head Start School at 1901 Lischey Avenue. An investigation by Metro detectives led to the arrest of 30-year-old Stephen Robertson. The Nashville suspect was taken into custody this past Friday (May 20, 2022) for allegedly calling in the bomb threat on May 17th.

Police say the phone number Robertson called-in on was from a phone line that was linked to him. The man was taken into custody at his Jones Avenue residence in Davidson County. Robertson is charged with making a threat of mass violence involving a school and making a false report. He remains jailed in lieu of a $35,000 bond.

After the shooting in Texas on Tuesday (May 24, 2022), LaVergne, Tennessee Police Chief Chip Davis released the following statement: "Our hearts, thoughts, and prayers go out to the victims and families of the Uvalde, Texas community. Our hearts break at the loss of these children and their teachers at the hands of such senseless violence. What matters now are the victims and their families and giving them the help and resources they need to make it through this time in their lives.

Meanwhile, as officers who serve this La Vergne community, we want to make one thing clear: we strive to do what needs to be done to protect our kids, to protect you.
The school year is drawing to a close and we are stepping up patrols in school zones as part of our Safe Summer Campaign for not only your peace of mind, but for ours, too. We want to make sure that, at the end of the day, everyone gets home safe.
But with summer break on the horizon, we need your help. The conversation about safety and mindfulness starts at home. Teach your kids to be aware, to look up, and to take notice of what's going on around them. Teach them that officers are here to protect them and that if something is wrong, we’ll always come when called. What we do, we do for you." -Chief Chip Davis

Murfreesboro Detectives continue to strive for an arrest in 2010 murder on Eagle Street
Tuesday: Rachael Goonan