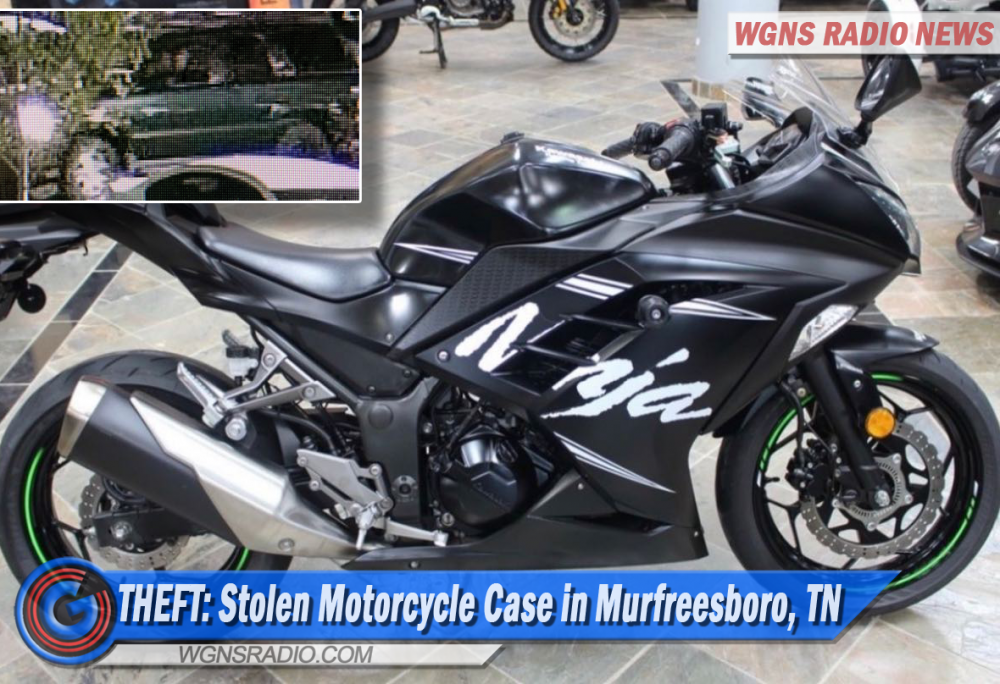 A black Ninja was stolen in Murfreesboro… The black Kawasaki Ninja motorcycle with black wheels that had thin neon green stripes on them was taken from the parking lot of the Lofts at Gateway Commons Apartment Complex on Medical Center Parkway. The theft was reported last week on May 19th.

Surveillance video shows a 2000’s model Chevy Tahoe SUV in the parking lot at the time of the theft. Two males were seen exiting the hunter green Tahoe that was pulling a trailer. The motorcycle was loaded onto the trailer and the SUV drove away.

If you have any information that could help Murfreesboro Police solve this crime, contact MPD Detective Valerio Henriquez at 629-201-5516.