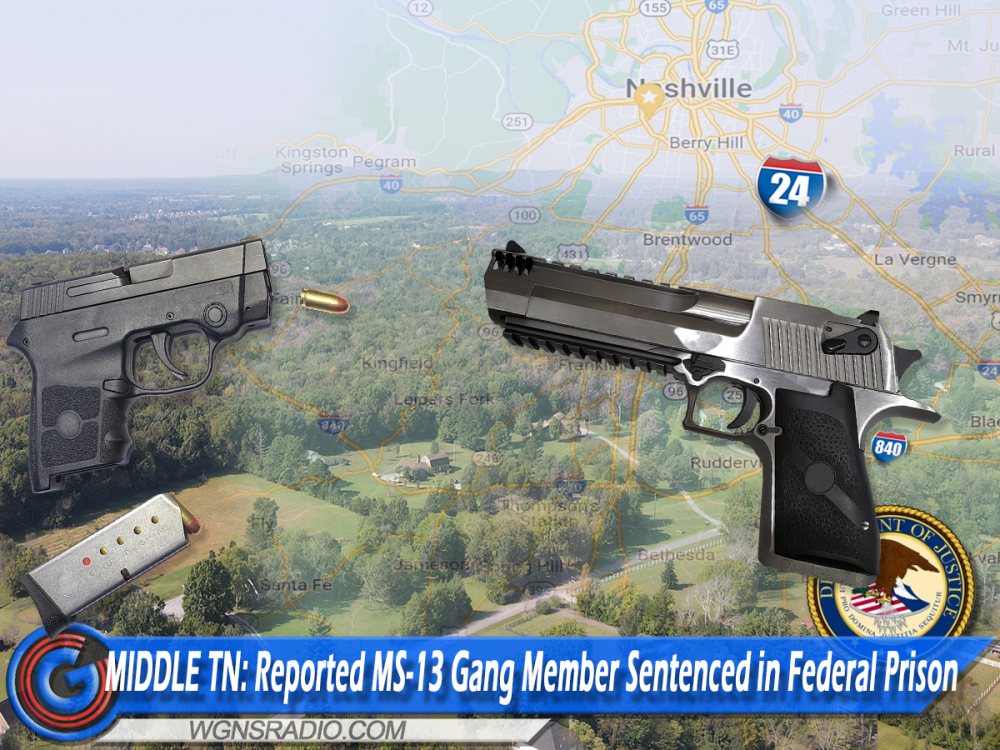 22-Year-old Franklin Pineda-Caceras, aka “Bomba” of Honduras, was sentenced on May 26, 2022 to 90 months in federal prison for drug distribution and firearms crimes, announced U.S. Attorney Mark H. Wildasin for the Middle District of Tennessee.

In January 2019, approximately seven months after his second deportation, Pineda-Caceras returned to the United States and committed a violent crime, when he kidnapped a student from a local area high school and beat the student after the student refused to join the MS-13 street gang. In July 2019, when agents attempted to arrest Pineda-Caceras for this crime, he fled from the police and drove his car through the front yard, where his girlfriend, son, and his girlfriend’s mother stood, nearly striking all three.

Approximately two months later, in September 2019, Pineda-Caceras was involved in a car accident and sustained injuries as a result. Items observed at the scene, and later seized during a search of his car, established that he was involved in drug trafficking. Specifically, when agents searched the car, they found digital scales, baggies, bags of cocaine packaged for resale, a revolver with an obliterated serial number, an AK-47 rifle, and approximately 200 rounds of ammunition. Agents also recovered numerous cellular telephones, which later revealed that Pineda-Caceras was selling drugs in the hours leading up to the crash.