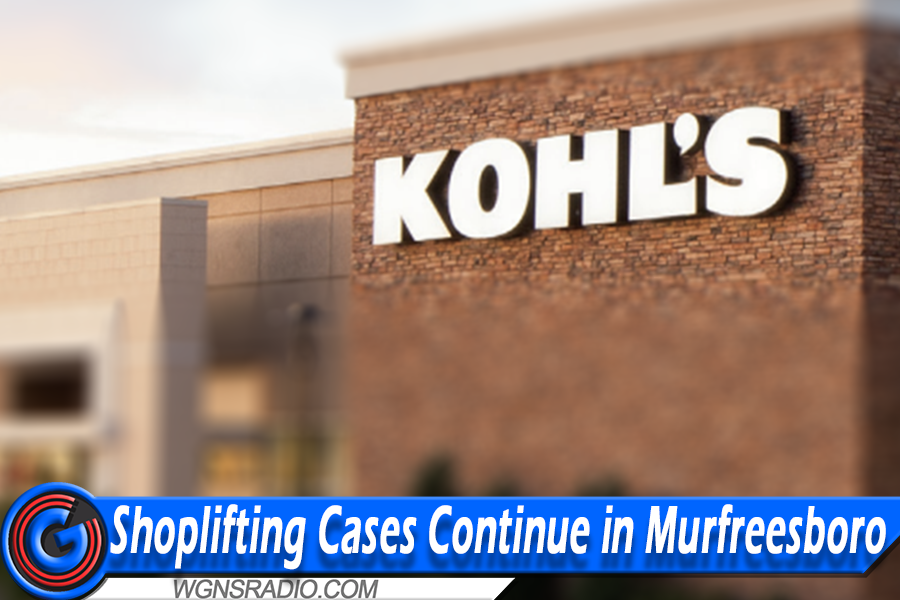 Shoplifting continues to be a big problem for retailers in the 'Boro... In one of the more recent theft cases reported to police, an unknown man entered the Kohl's department store on Old Fort Parkway next to Kroger to do some summer shopping. With a duffle bag in hand, the thief helped himself to a laundry list of merchandise that added up to $257.

Evidently, this was not the man’s first rendezvous with loss prevention workers. The day prior, the man was accused of visiting the store where he also left with items that he failed to pay for. In both cases, the man got away and was not caught. However, workers in the store now know exactly what the suspect looks like and have his photo in hand, thanks to the stores security video system.

Between May 2, 2022 and June 2, 2022, there have been more than 120 theft or larceny cases reported in Murfreesboro. That number of theft cases does not include vehicle break-in thefts. If you include vehicle burglaries, the number comes in at over 150-cases over a 30-day period.