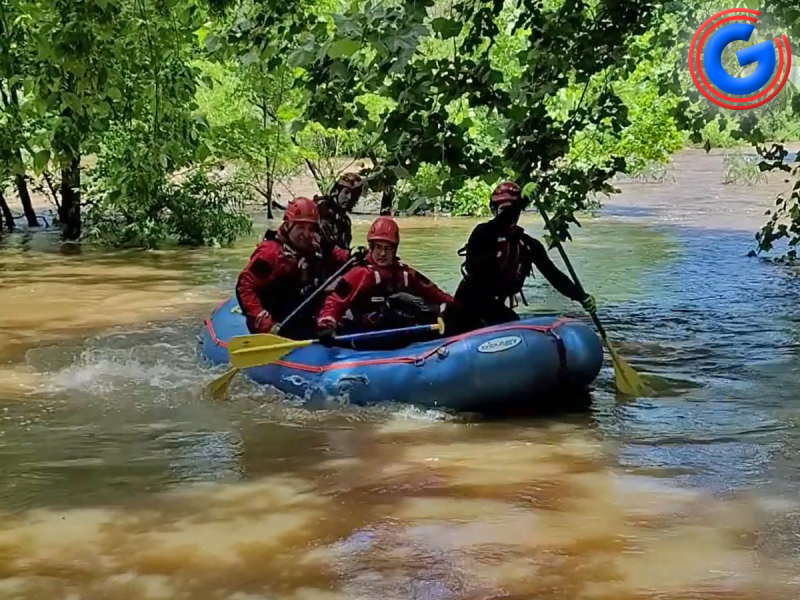 (MURFREESBORO) Around lunchtime Friday (6/3/2022) two teens were clinging to trees in the fast moving Stones River near the Searcy Street Greenway trailhead. The 18-year old male and female were in their kayak when it hit some fast water and flipped. One of the two was able to dial 911 for help. Both were wearing life vests and were not hurt.

Significant rain over the past few days in Murfreesboro caused the Stone River to rise, according to fire officials. Ladder 4 and Rescue 4 Swiftwater rescue members deployed a motor and a paddle boat and were able to reach them. Crew members from Engine 7, Battalion Chief 2, and Safety 2 also assisted.

When Murfreesboro Fire Rescue Department's Swiftwater Rescue team got to the teens, they were clinging to trees in on the Stones River near the Greenway "Bark Park" for dogs along College Street.

Murfreesboro Fire-Rescue Captain Wesley Slager said, “It only takes a little rain to make rapid currents in this river.  If the water is too shift, it can be dangerous for kayakers. Our Swiftwater rescue teams did an outstanding job saving the teenagers.” Two other kayakers helped the teens before rescue crews arrived.

The raging water forced rescuers downriver to the Thompson Lane Trailhead where they were able to get the kayakers out of the water and to an awaiting ambulance.  They were checked out by paramedics from the Rutherford County Emergency Medical Services and were OK. The teens lost their kayak and a few other personal items including a cell phone.