Identifying Jane Doe, whose body was found in 2007 in Rutherford County, TN 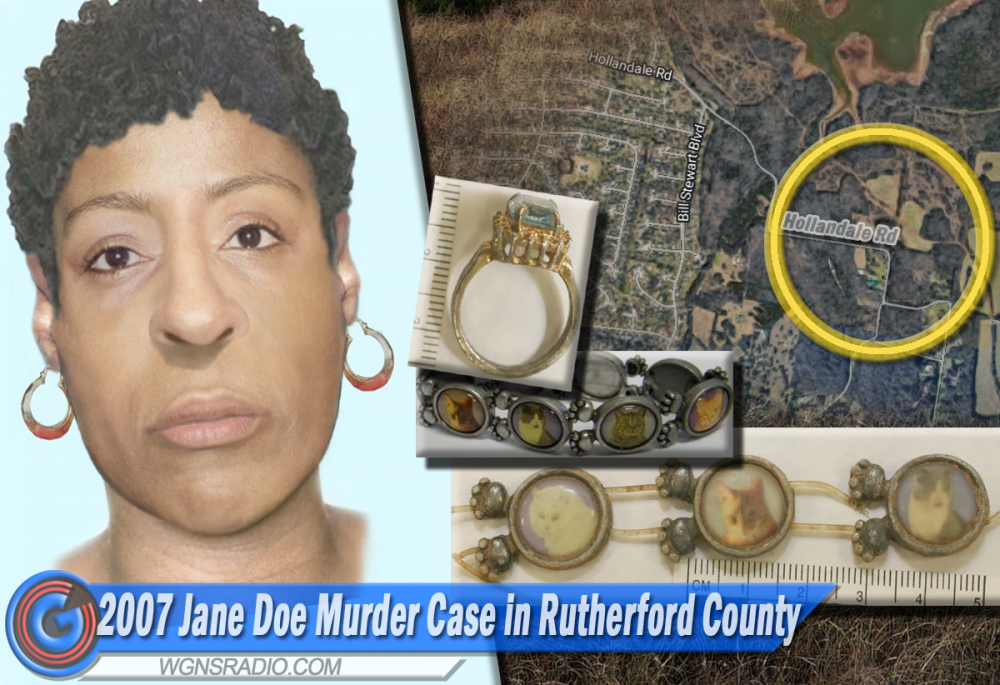 Almost 14-years ago on November 14, 2007, the deceased body of a woman was found by LaVergne Police in Rutherford County. The body, which has been labeled as Jane Doe, was located in a field off of Hollandale Road in the La Vergne, Tennessee area, close to J. Percy Priest Lake. The unknown woman was believed to have been shot to death and the murder has yet to be solved.

Retired Assistant District Attorney talks about the discovery of the body that was located by LaVergne Police Detective Bob Hayes…Police believe her body was discarded in the field four to six months, prior to authorities finding her.

Once police identify Jane Doe, it will put them multiple steps closer to finding her killer. Here are some of the details that her surviving family and friends may recognize…

At the time of her death, she was believed to have been between 25 and 45-years-of-age. She stood between 5’2” and 5’9”. Police also report that she had a lot of dental work, but efforts of identifying her through dental records throughout the state has yet to yield the needed information.

If you have details that could lead to the identity of Jane Doe and what happened to her in 2007, contact the LaVergne Police Department at 615-793-7744.

Additional Details: Some of the jewelry that Jane Doe was wearing upon her death included an Avon "Loveable Pets Stretch Bracelet" with pictures of cats on it (made in 2003). A bracelet with ceramic beads and a dark cord and gold-plated ring with stones (as seen in the picture above this news story). According to “Unidentified-Awareness,” she was bound with a yard-trimmer cord and shot in the head.

Hear more details about the case from J. Paul Newman, host of Monday's Roundtable program on WGNS (airs between 9AM and 10AM, weekdays)...