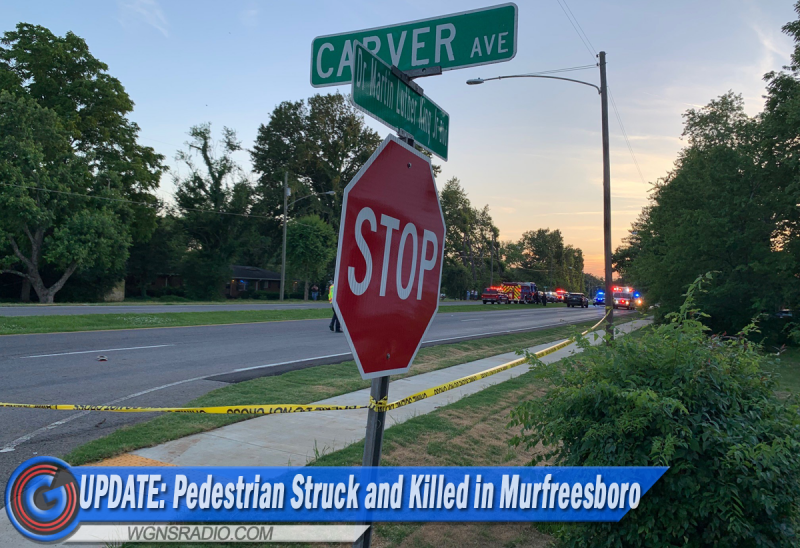 MURFREESBORO, Tenn. – The Murfreesboro Police Department Fatal Accident Crash Team (F.A.C.T.) has charged a Georgia woman with vehicular homicide after she allegedly hit and killed a Murfreesboro man while crossing the street on Friday, June 3, 2022.

28-Year-old Teandrea Bigsby of Georgia, was taken to the hospital after suffering a panic attack following the fatal crash.  After being evaluated by doctors and released, she was arrested and now faces vehicular homicide by recklessness charges.

72-Year-old Gary Shannon was struck by a 2018 Jeep Compass, believed to be driven by Bigsby, around 6:50 p.m. Friday at the intersection of Carver Ave. and Dr. Martin Luther King, Jr. Blvd. as he was attempting to cross the street. He was pronounced dead on the scene by personnel with the Rutherford County Emergency Medical Services.

The preliminary investigation shows that Bigsby may have been speeding and reaching for her cell phone before hitting Shannon, carrying him several yards before stopping. Shannon was thrown from the hood of the SUV and landed on the pavement.

“Ignoring the posted speed limit and driving while distracted are two leading causes of traffic crashes,” said F.A.C.T. Sergeant Zachary Ferrell.  “Unfortunately, that combination proved to be deadly in this crash.” The crash remains under investigation by F.A.C.T.