Duo wanted by authorities after a robbery unfolded in Warren County, TN with one victim shot 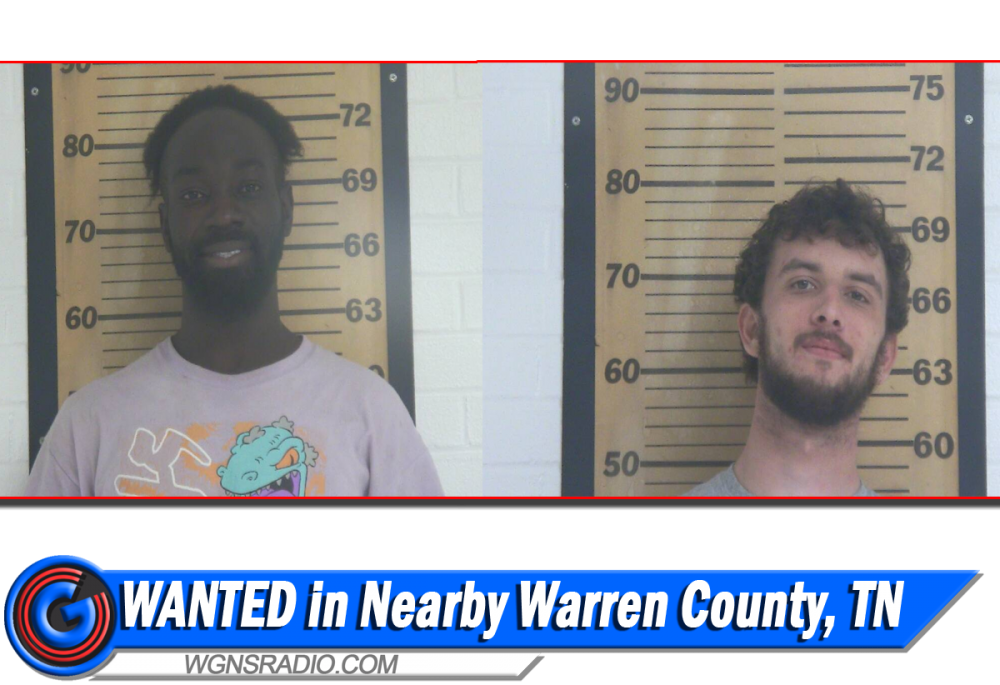 The Warren County Sheriff's Department has active warrants for the arrest of Dale "Sam" Deason Jr. and Christopher "Levi" Lavern Ferguson for aggravated robbery and attempted criminal homicide. Evidently, the charges stem from a robbery that occurred in Warren County, Tennessee on Monday June 6th.

One victim in the reported robbery was reportedly shot with a shotgun. Therefore, authorities say, “Both subjects should be considered armed and dangerous and have been entered into NCIC with full extradition.”

DISCLAIMER: All suspects are presumed innocent until proven guilty in a court of law. The arrest records or information about an arrest that are published or reported on NewsRadio WGNS and www.WGNSradio.com are not an indication of guilt or evidence that an actual crime has been committed