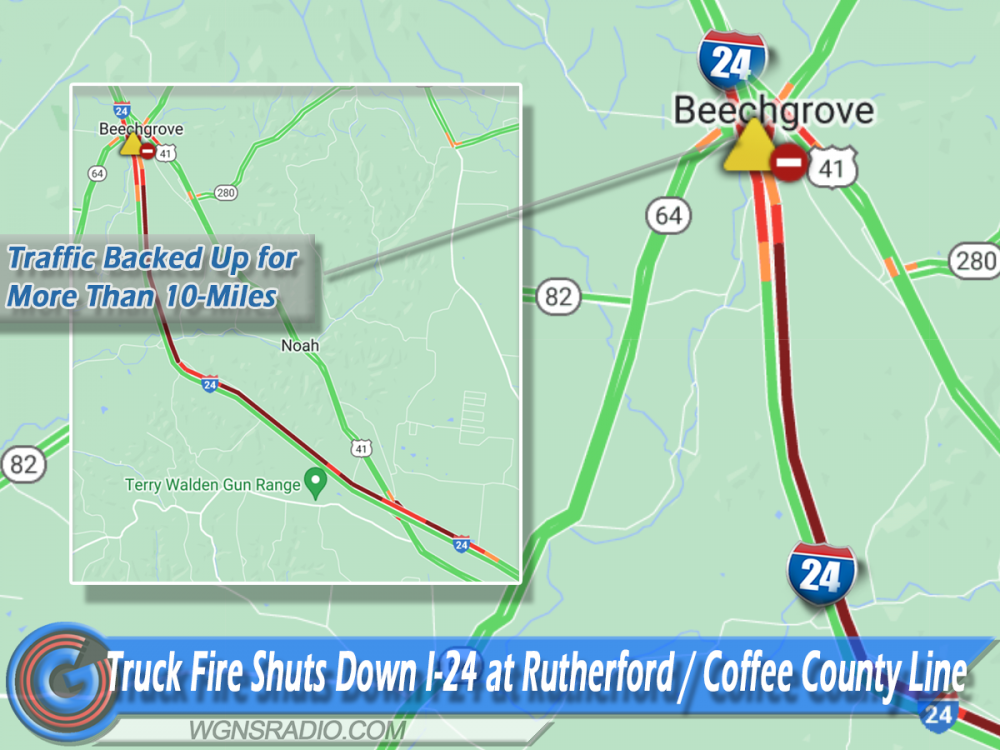 There was a large truck fire on Interstate 24 in the Westbound lane on Thursday afternoon around 1:15 PM (06/16/22). The blaze was at mile marker 97, which is the Beechgrove exit. Emergency personnel from both Rutherford and Coffee County responded to the call. Authorities had to block both lanes of traffic to extinguish the fire, investigate the cause and clear the debris.

Traffic coming from Coffee County and into Rutherford County was backed up nearly 10-miles, due to the semi-truck that caught fire 15-minutes after 1 PM on Thursday afternoon. By 3:30 PM, vehicles on I-24 West remained at a standstill, according to the Tennessee Department of Transportation.