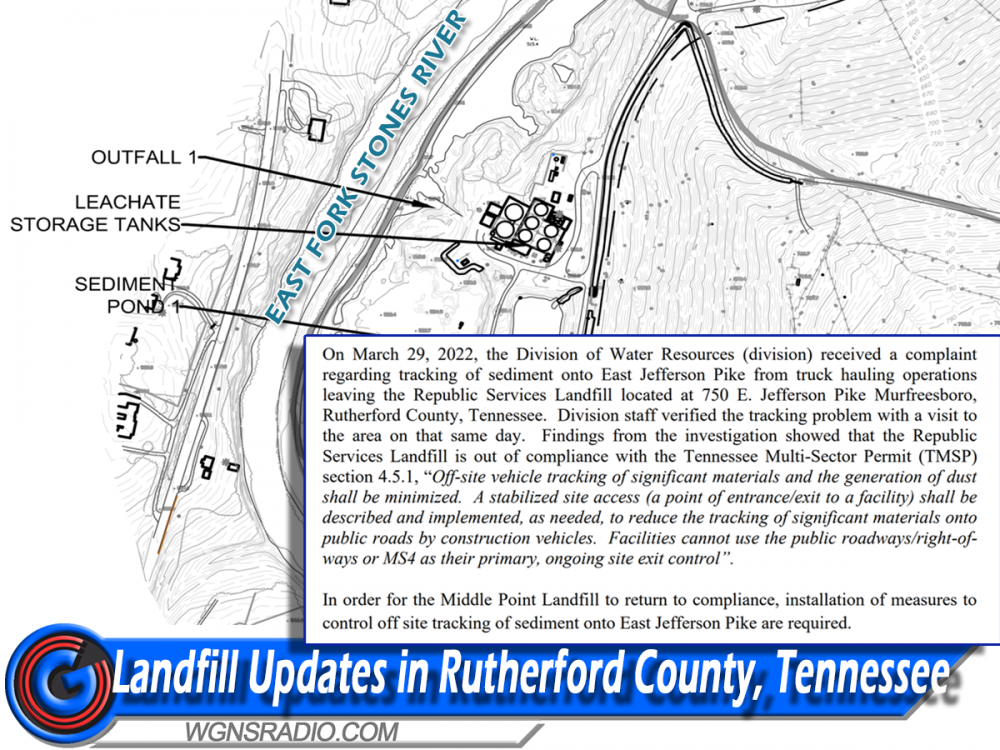 (MURFREESBORO, TENN) - The struggle over what to do with the aging Middle Point Landfill in Rutherford County continues, but concerns by both the city and county may not be problems they can help solve.

Murfreesboro Mayor Shane McFarland told WGNS that the Rutherford County Government recently received a letter that suggested... Rutherford County Commissioner Mike Kusch stated before the Public Works Committee on June 7, 2022 that a letter ftrom Republic Services suggests they may feel as if the county is in breach of contract...Some of the things the county would like to see changed at the landfill include.. Again, that was Commissioner Kusch. Going back to Mayor McFarland...

In the past, one of the concerns voiced by a number of citizens focused on radioactive waste at the landfill in the Walter Hill area. Donna Barrett, who serves on the Tennessee Central Solid Waste Board, told WGNS NEWS 2-months ago… Today, Republic Services reports that testing instruments are used on loads coming into the Middle Point Landfill to check for radiation. If radiation is found on an incoming trailer or trick, then inspectors are called to further investigate.

Talks on the life of the landfill and how to solve some of the waste concerns that both Murfreesboro and Rutherford County have will continue. WGNS will keep you informed.

A recent violation filed by the Tennessee Department of Environment and Conservation focuses on sediment buildup along Jefferson Pike in Rutherford County. Sediment was tracked and documented in March of this year by inspectors with TDEC's Division of Water Pollution Control. A letter sent Republic Services stated, "Findings from the investigation showed that the Republic Services Landfill is out of compliance with the Tennessee Multi-Sector Permit (TMSP)." Facilities cannot use the public roadways/right-of#ways or MS4 as their primary, ongoing site exit control” 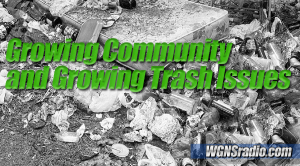