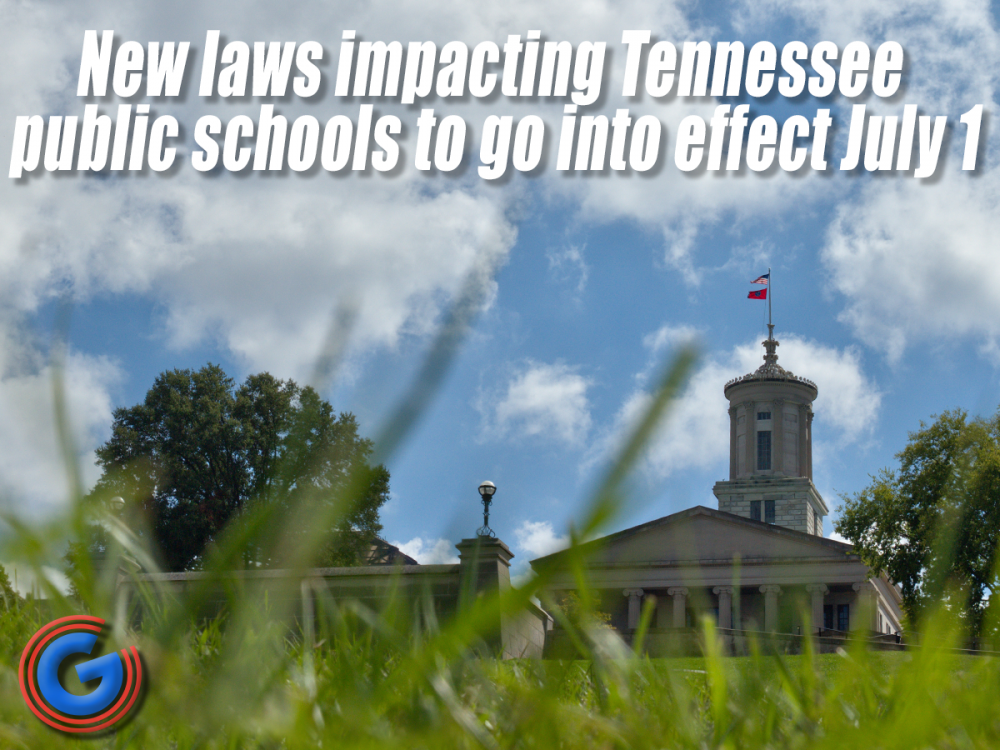 Tennessee Republican lawmakers this year approved a variety of new laws impacting Tennessee’s public schools that will go into effect July 1, 2022 — the beginning of the new fiscal year. Among these include legislation that will alleviate school staffing challenges, ensure fairness in girls’ sports, and prohibit school computers from accessing obscene materials.

ADVERTISEMENT
A bill that takes effect July 1 will remove barriers for retired members of the Tennessee Consolidated Retirement System (TCRS) to be reemployed as a K-12 teacher, K-12 substitute teacher, or as a K-12 bus driver without the loss or suspension of their TCRS benefits. Currently, retired members of TCRS may return to work, but only for a maximum of 120 days. Starting July 1, 2022, the limit will be extended to allow retired teachers to return to the classroom for up to one year while maintaining their retirement benefits.

During the reemployment, retirement benefits would be reduced to 70 percent of the retirement allowance the member is otherwise entitled to receive, and the existing salary cap would be removed. This law will sunset on June 30, 2025. At that time, lawmakers will reevaluate the need for this measure given the current staffing situation for public schools in 2025.

“This legislation will go a long way to alleviating the staffing crunch facing schools statewide,” said Sen. Ken Yager (R-Kingston), the sponsor of the legislation. “Many retirees are already helping their local school districts and want to continue to help, but are being held back by current requirements. This bill temporarily removes those barriers to provide much needed support in our schools.”

Ensuring fairness in girls’ sports
On July 1, a bill sponsored by Sen. Joey Hensley (R-Hohenwald) will be enacted to enforce legislation passed last year that prohibits biological males from participating in girls’ sports in public K-12 education institutions. The new law requires the Tennessee Department of Education to withhold a portion of state funds from public middle or high schools that fail or refuse to uphold state law by allowing biological males to compete in girls’ sports at public K-12 schools.

“When girls have to compete against biological males, who have a strength and power advantage, it’s just not fair,” said Hensley. “This legislation simply ensures school districts are following existing law intended to maintain fairness in girls’ sports.”

Protecting children from inappropriate content
Another new law that takes effect July 1 ensures vendors that contract with schools to provide internet services comply with state law prohibiting pornography and obscene materials from school computers. Sponsored by Sen. Mike Bell (R-Riceville), the legislation requires vendors to take steps to block any inappropriate content on school computers. If a provider fails to comply with the new law, then a LEA may withhold further payments to the provider and ultimately consider non-compliance a breach of contract.

The law also requires each local board of education to establish a mechanism for parents to report a failure of the technology selected by the LEA to prevent access to harmful materials, and submit an annual report to the State Board of Education on the successes or failures of the technology.

This change will make it easier for Tennessee high school students to compete with out-of-state students for competitive scholarships and college admissions based on GPA.

Expanding human trafficking training in schools
A new law, sponsored by Senator Todd Gardenhire (R-Chattanooga), will require all school employees to be trained to detect and prevent human trafficking of children. Previously, only teachers were required to take the training. Under this new law, all personnel that aren’t contractors, including bus drivers, janitors or cafeteria workers, will be required to undergo the same human trafficking training as teachers every three years. It ensures other staff will have the training to know how to identify abuse and report it.