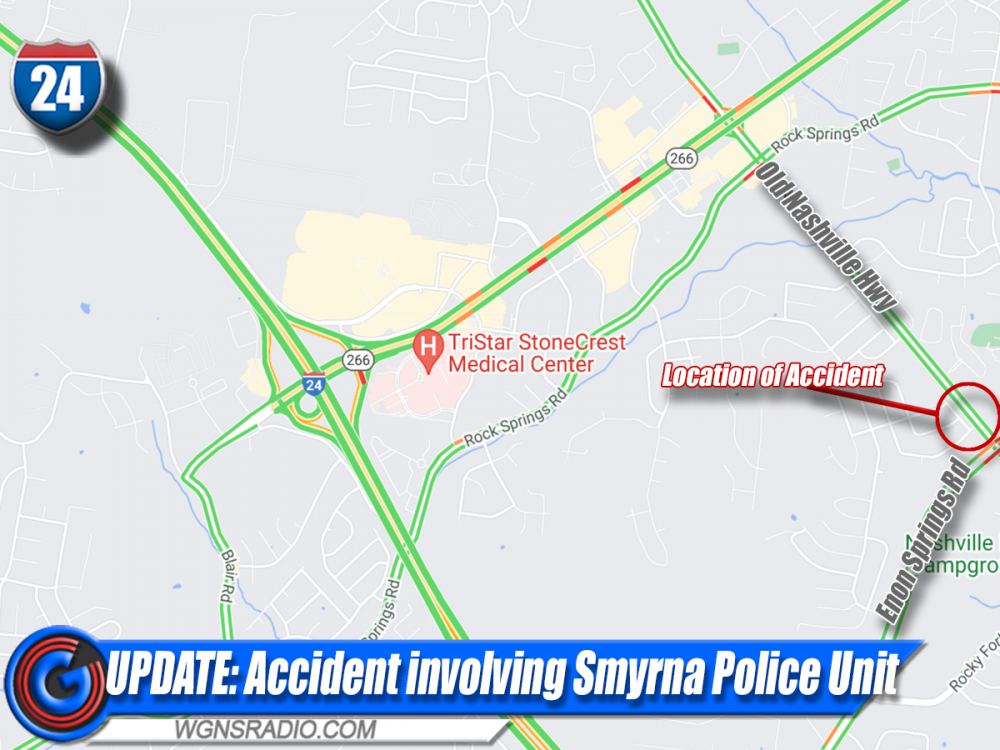 WGNS has received multiple requests from listeners asking for more details on an accident involving a police vehicle this past week. After speaking with the Tennessee Highway Patrol, we now have more information about the wreck that occurred on Monday, June 27, 2022.

32-Year-old Kellie White of Murfreesboro was sitting stationary in a Nissan Altima at a traffic signal in Smyrna when she was rear-ended by a Smyrna Police Department SUV being driven by Officer Collin Kowalski. The accident occurred at the intersection of Enon Springs Road and the Old Nashville Highway. After being struck by the Smyrna Police Ford Explorer, White's Altima was pushed into a Chevrolet Impala, being driven by 26-year-old Nathaniel Morton of Smyrna.

Both Morton and White were wearing their seat-belts and were not injured, according to State Troopers. The Smyrna officer did not sustain any serious injuries and was also believed to be buckled in.

The Highway Patrol has not released further details on the accident and it appears to remain under investigation, as of Monday, July 4, 2022.