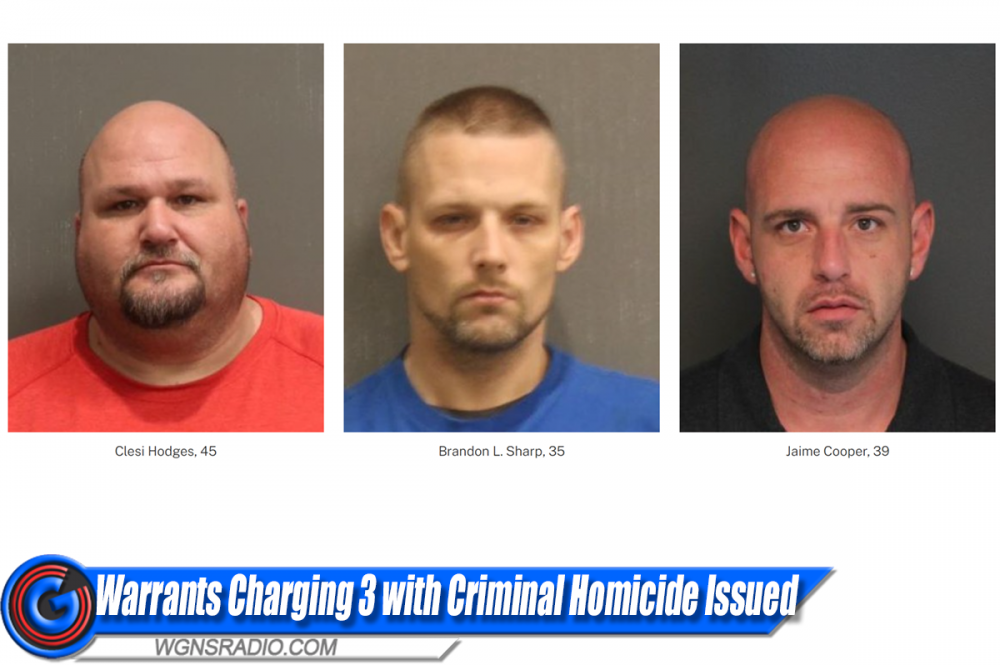 Warrants charging criminal homicide and attempted murder have been issued against three men for the May 22nd fatal shooting of Nelson Soto, 31, and the wounding of his female passenger, in Soto’s vehicle in an apartment complex parking lot on Woodland Pointe Drive.

The investigation, led by Detective Timothy Skopek, shows that Clesi Hodges, 45, contracted Brandon L. Sharp, 35, to murder Soto and the female victim, due to an ongoing feud. A third man, Jaime Cooper, 39, is alleged to have assisted Sharp by luring the victims to the parking lot where Sharp opened fire on the vehicle. Soto died at the scene. The female victim sustained serious but non-life threatening injuries.

Hodges and Sharp are both in custody on unrelated charges. Hodges remains jailed in Wilson County while Sharp is in the Sumner County jail.

Cooper remains at large. Anyone seeing him or knowing his whereabouts is asked to call Crime Stoppers at 615-742-7463. Callers can remain anonymous and qualify for a cash reward.