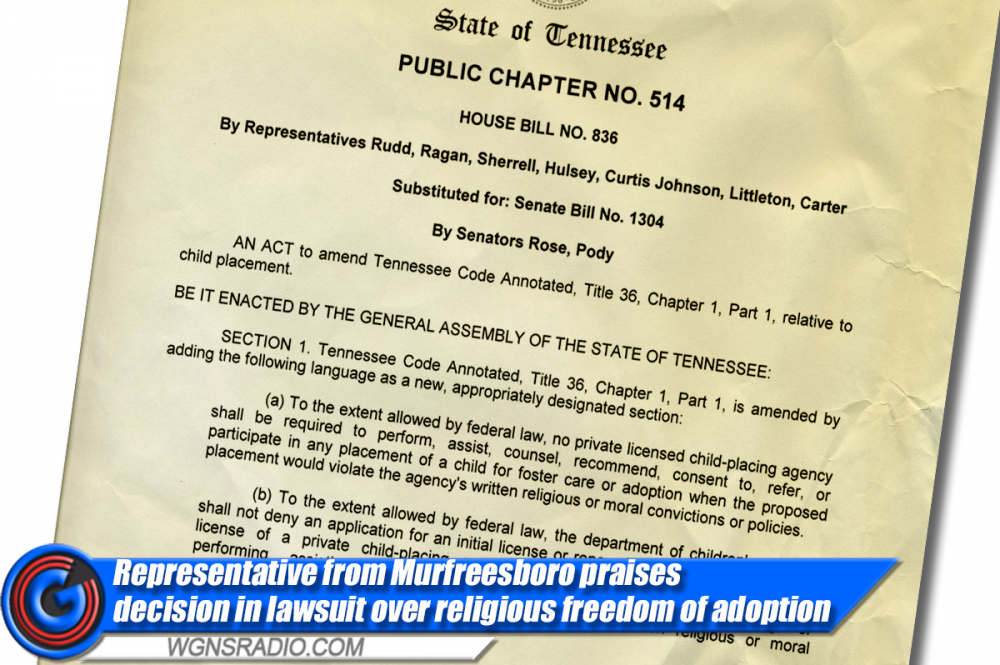 State Rep. Tim Rudd, R-Murfreesboro, today praised the decision by a panel of three judges to dismiss a lawsuit challenging the religious freedom of private adoption agencies in Tennessee.

A three-judge panel for the 20th Judicial District Chancery Court of Davidson County on June 27 dismissed the lawsuit filed by a Knoxville Jewish couple who alleged bias against a Christian faith-based adoption agency.  The panel found there was no standing for the lawsuit.

Rudd was the sponsor of the 2019 bill passed the Tennessee General Assembly that was the focus of the suit.  The new law prevents frivolous lawsuits against faith-based adoption agencies when they are acting on moral convictions or policies while acting within federal law. The majority of child placement agencies are not faith-based and are outside the framework of the legislation.

“The U.S. Constitution and the Tennessee State Constitution both guarantee that no authority can interfere with the rights of conscience or compel another to violate their core religious beliefs,” Rudd said.  “I applaud the majority of the justices for their wisdom in recognizing that religious freedom is a founding principle of our nation.  We are fully committed to protecting that right in Tennessee,” Rudd said. The court’s order can be found here.

Tim Rudd represents House District 34, which includes part of Rutherford County. He serves as chairman of the Elections and Campaign Finance Subcommittee and is also a member of the Insurance Committee, Local Government Committee and Transportation Committee.