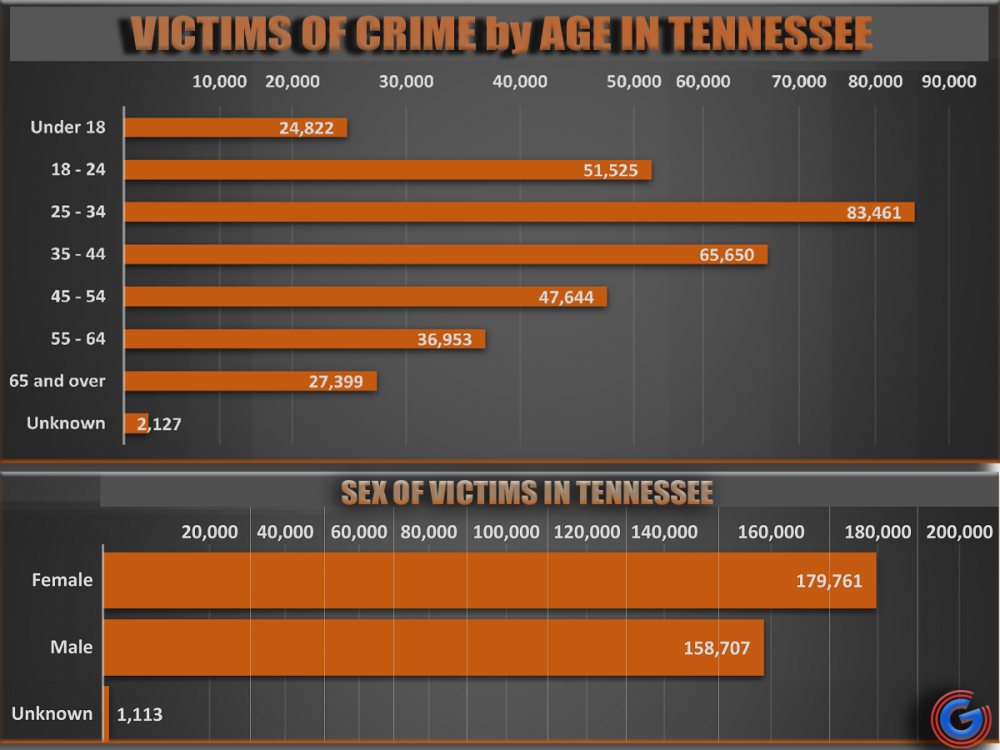 DUI arrests increased by 3% as the COVID Pandemic came to a close in 2021, according to the latest report released by the TBI. There was also a 21.5% increase in weapon violations throughout the state of Tennessee in 2021, when compared to 2020. The rate in which juvenile arrests occurred in 2021 showed a 30.11% increase from those reported in 2020. However, the TBI reports that number is 24.72% lower than pre-pandemic numbers in their 2019 report. The data was released on Tuesday (07/19/22).

The Tennessee Bureau of Investigation 2021 ‘Crime in Tennessee’ publication details the volume and nature of crime, as reported by the state’s law enforcement agencies.

The report compiles data submitted to the TBI through the Tennessee Incident-Based Reporting System (TIBRS). Among the report’s findings:

When looking at victims of crime, the most commonly reported age group was 25 to 34-years-old. That age group accounted for 23.99% of all victims. The second most common age group to be victimized by crime were those in the 35 to 44-year-old age bracket, making up 19.33% of reports.

“The TIBRS program continues to serve as a model for the nation and remains successful because of the continued cooperation by Tennessee’s law enforcement community,” said TBI Director David Rausch. “TBI remains committed to this effort and will continue to provide the training and technical assistance necessary to collect the most accurate and comprehensive crime statistics for Tennessee and its citizens.”