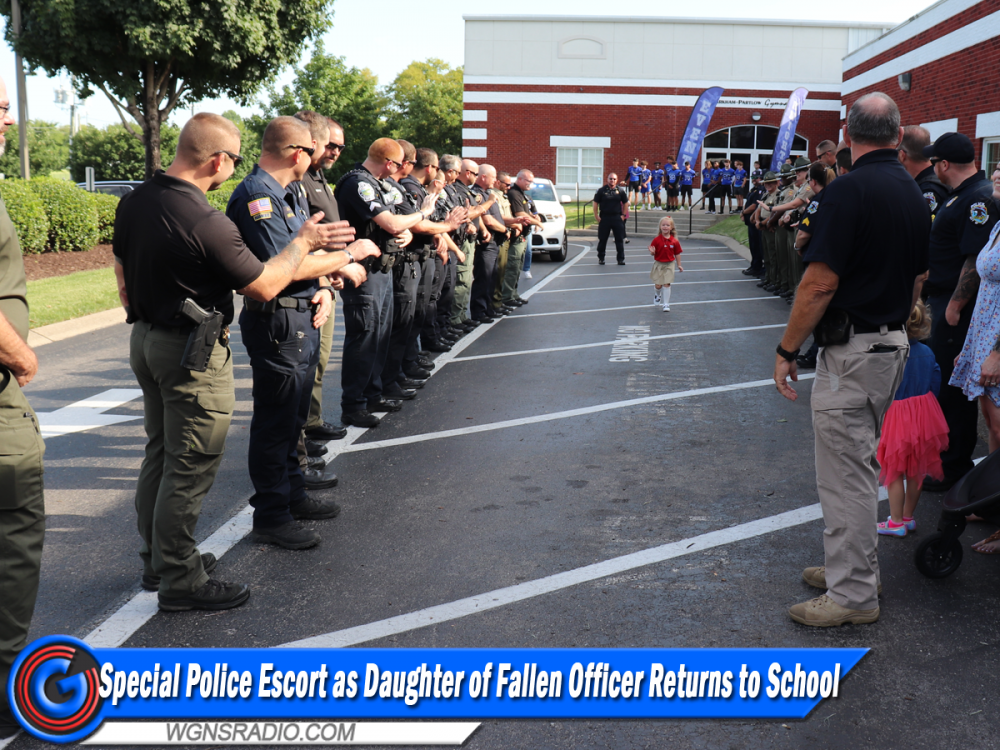 Monday (08/08/2022) was the first day of school for Anna Stolinsky, daughter of La Vergne Police Lt. Kevin Stolinsky who passed away on November 12, 2021. This was her first day of kindergarten at Lancaster Christian Academy in Smyrna.

In honor of her father and in support of her family, Anna and her mom were given a police escort to school by several motorcycle officers and then were surrounded by officers from multiple departments as she made her way to the front doors. Anna even went back to give each of the officers a high five to thank them for helping her get to school safely.

Lt. Stolinsky passed away while on duty in November of 2021. La Vergne Police Chief "Chip" Davis had worked with Stolinsky for 18 of the detective's 20-years on the force. The chief posthumously promoted Sgt. Stolinsky to the rank of Lieutenant. During the funeral last year, Chief Davis stated…Scroll down to see a short video submitted to WGNS by the City of La Vergne, after Stolinsky's daughter was escorted to school in Smyrna on Monday (08/08/2022).

3.) Middle Tennessee Woman Missing for Over One Month

7.) Local Non-Profit to Welcome Ryan Campbell as Guest Speaker – He went on a World Expedition and Survived Plane Crash