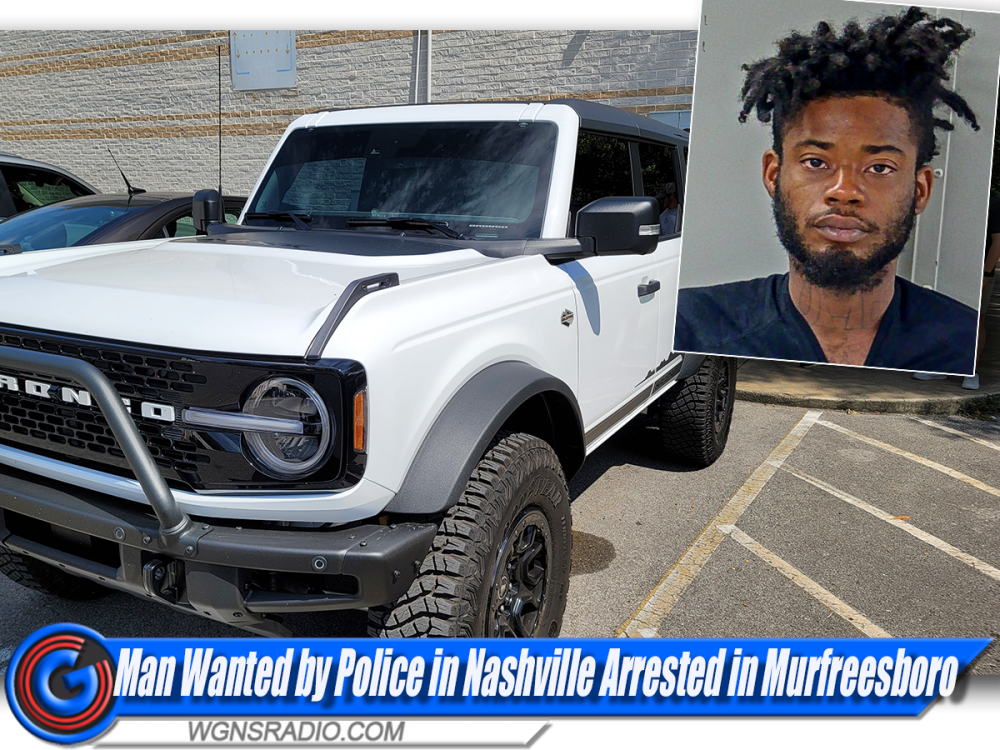 MURFREESBORO, Tenn. –  A Nashville man was arrested and is now facing multiple charges after allegedly stealing an SUV that had the keys inside of it. The Ford Bronco was stolen from East Nashville and the suspect behind the theft reportedly lead Murfreesboro Police officers on a foot chase Tuesday morning, Aug. 9th.

23-Year-old Alan Hairston of Nashville is charged with theft over $50,000, theft under $1,000, possession of a firearm by a convicted felon, and evading arrest.  The Metro Nashville Police Department (MNPD) also has seven active warrants on Hairston.

The preliminary investigation shows, a Metro Nashville Police Department lieutenant contacted a Murfreesboro Police Criminal Investigations detective about the stolen 2022 Ford Bronco. The owner was using GPS tracking and found his Bronco in Murfreesboro around 9:11 a.m.  A MNPD AirOne helicopter pilot located the stolen SUV at an apartment complex on Brown Dr. in Murfreesboro and kept a visual until MPD officers arrived.  The driver jumped out of the Bronco and lead police on a foot chase. MPD officers, with assistance from Middle Tennessee State University Police, took the man into custody at 9:36 a.m. on Old Lascassas Pike.

When the suspect ran from officers, he tossed a handgun to the ground that turned out to be stolen, according to the MPD.

After his arrest, Hairston requested medical care.  Rutherford County Emergency Medical Services paramedics evaluated him at the scene and then took him to Ascension Saint Thomas Rutherford Hospital.  Hairston was treated and released from the hospital.

The SUV was released to the owner.