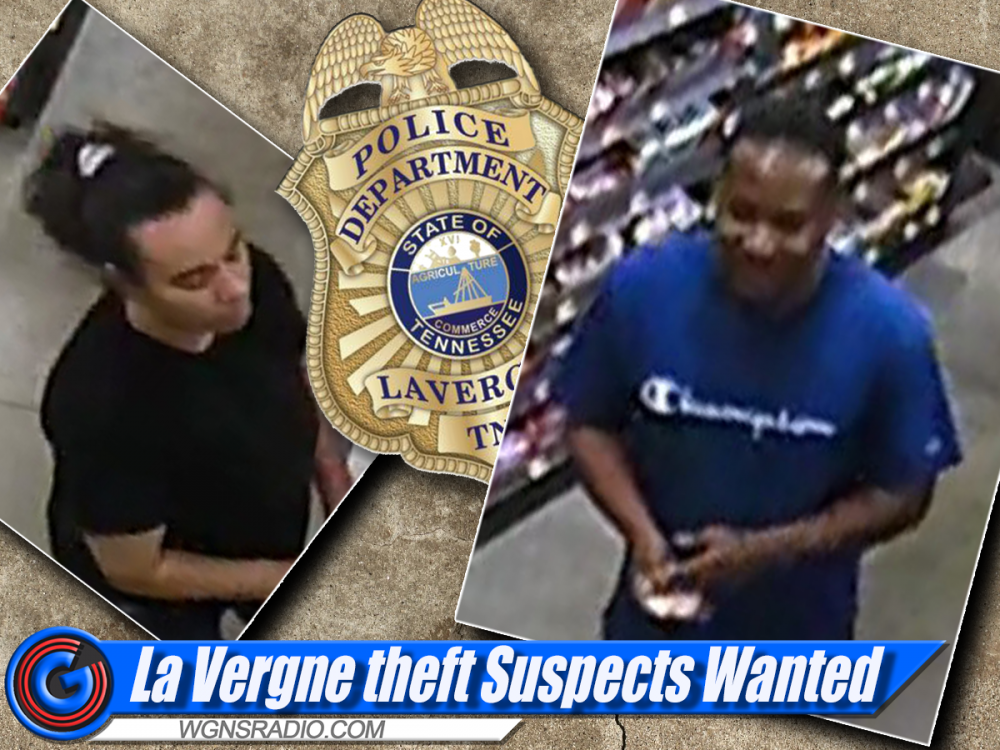 Above photos released by LPD

The suspects, a male and female, are accused of stealing a phone at the La Vergne Walmart gas station at 5511 Murfreesboro Road on July 22, 2022. The victim of the phone theft told police a wallet was attached to the phone that contained several credit cards that were later used at various businesses. However, any leads that police

La Vergne Police ask that anyone with information on the subjects in the photo above this story to contact Detective Steve Crotts at scrotts@lavergnetn.gov or call (615) 287-8747 and ask for Detective Crotts.