'Best Cities for Beer Lovers' - Murfreesboro, TN Makes the Middle of the List 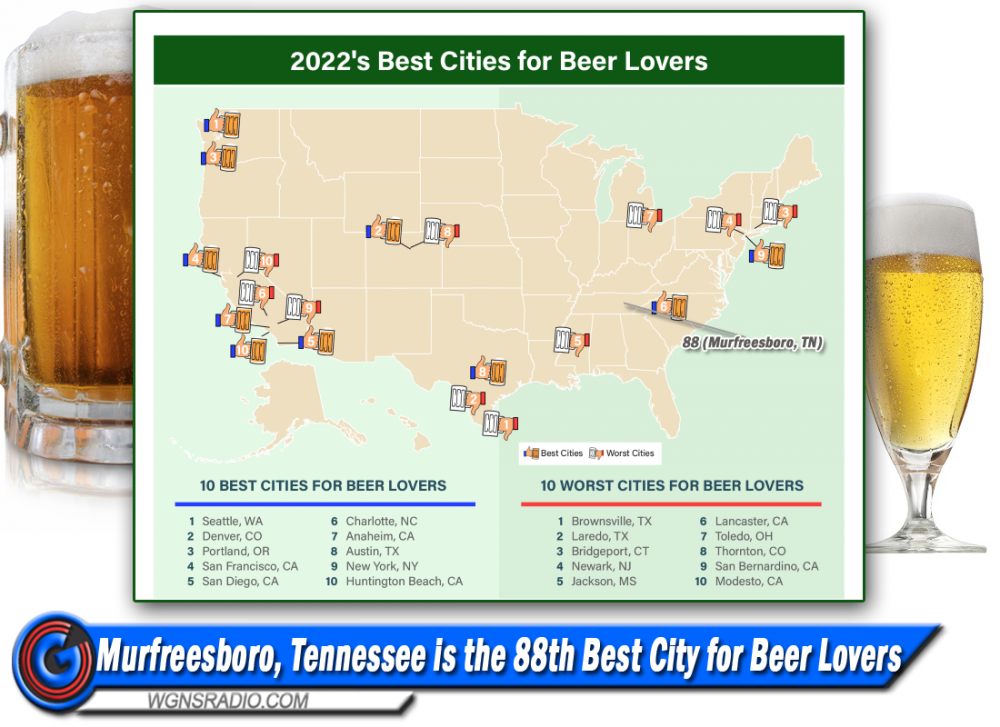 (MURFREESBORO, TN) When it comes to beer, Murfreesboro was ranked as the 88th Best City for Beer Lovers! The list was compiled by Lawnlove.com, of course beer and yardwork often go hand-in-hand. With 1 being the best ranking and 182 being the least desirable rank, Murfreesboro was right in the middle of the list. The overall score received by Murfreesboro was 28.18, with an affordability score of 89.

Overall, Murfreesboro actually ranked higher than other beer loving communities in Tennessee – with Chattanooga coming in at number 134 on the list, Memphis at number 164 and Clarksville ranking 166 on the list.

The number 1 ‘Best City for Beer Lovers’ was Seattle, Washington! Numbers 2 and 3 on the list were Denver, Colorado followed by Portland, Oregon. Seattle and Denver also ranked at number 1 and 2 for the best quality of beer! The lowest ranked city for beer lovers was Brownsville, Texas, at number 182 on the list. The lowest quality beer can be found in Washington, DC and Miami, Florida, both receiving a score of 101 - as mentioned earlier, a huge number of cities tied at 101.