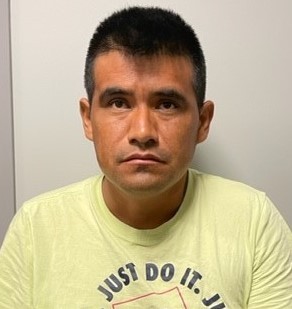 Early Wednesday morning, at the request of 13th Judicial District Attorney General Bryant Dunaway, TBI special agents joined the investigation after Smithville police officers responding to a call of possible domestic violence on South Mountain Street found Yuri Guerra (03/14/1983) deceased inside the residence. During the course of the investigation, the victim’s 34-year-old boyfriend, Simon Rodriguez Martinez, was identified as the individual responsible for the woman’s death.

On Wednesday evening, Simon Rodriguez Martinez (DOB 10/28/1987) was arrested and charged with First Degree Murder. He was booked into the DeKalb County Jail, where he is currently being held without bond.