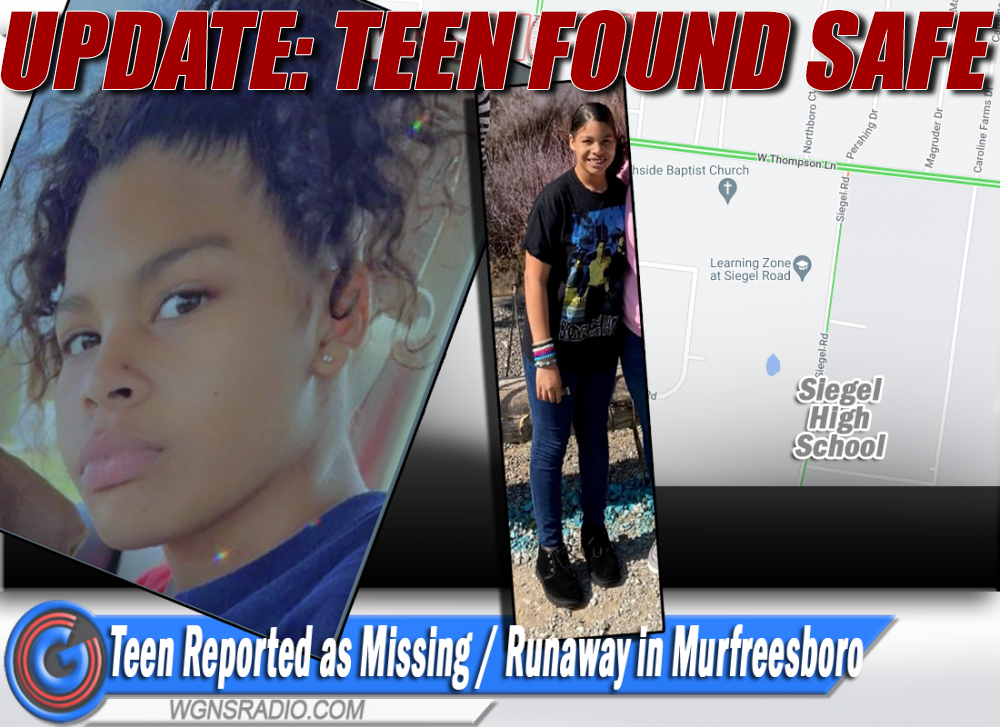 Photos of teen and information released by MPD.

PREVIOUS NEWS STORY - (MURFREESBORO, TN) – A local family has filed a report for a missing / runaway teenager. Police told WGNS NEWS the sister of the missing teen last saw her sibling around her 4th period class at Siegel High School on Monday (Sept. 26, 2022). Siegel High is a Rutherford County School and is on Siegel Road at West Thompson Lane.

14-Year-old Kaliyah Franks was reported missing by her family when she didn't return home from school on Monday, September 26th. Family confirmed with police that Kaliyah does not have any medical or health issues. However, police say that she does have a history of running away.

Franks has been entered in the National Crime & Information Center (NCIC) database as a Missing Person/Runaway. If you know where Kaliyah Franks is, contact MPD Det. Albert Miles, III at 629 201 5513 or email him at 0856@murfreesborotn.gov.