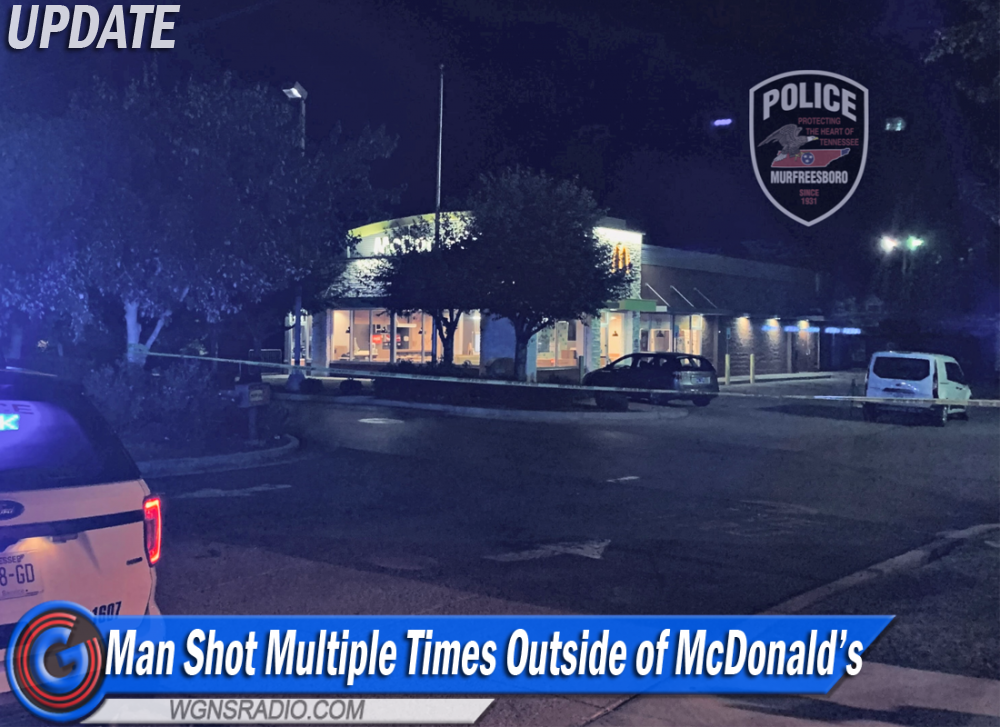 MURFREESBORO, Tenn. – The victim in Wednesday night's fatal shooting that took place in the parking lot of McDonald’s has been identified as 24-year-old Kevin Washington of Murfreesboro. Investigators believe Washington and another man got into an altercation outside the S. Rutherford Blvd. fast-food restaurant and exchanged gunfire.  Washington was shot multiple times and later died at the hospital.

Police determined a window near the entrance of the business and two parked cars were hit by bullets. Prior to police arriving, employees hid inside the building until authorities made sure it was safe for them to exit.

The shooting occurred just before midnight on September 28, 2022 at the McDonald's on S. Rutherford Boulevard across from Publix (McDonald’s at 1716 S. Rutherford Blvd.). Detectives said this was not a random shooting, the victim and the other shooter may have known each other.  There is no threat to the public.

Previous Information: Murfreesboro Police Department (MPD) Criminal Investigations Division (CID) homicide detectives are continuing to investigate the fatal shooting of a man in the parking lot of a fast-food restaurant on Wednesday, September 28.

Just before midnight on Wednesday, police officers responded to the McDonald's on S. Rutherford Boulevard across from Publix near the Manchester Highway (McDonald’s at 1716 S. Rutherford Blvd.).

After arriving, an MPD officer saw a car in the middle of the parking lot and then noticed a 24-year-old man unconscious in the vehicle. The man had multiple gunshot wounds and a handgun underneath him.  The officer started CPR until Murfreesboro Fire Rescue Department, and Rutherford County Emergency Medical Services arrived and took over life-saving medical care.  The man was taken to the hospital where he died.

The preliminary investigation shows there may have been an altercation between the victim and an unknown shooter in the parking lot prior to the fatal shooting. Police determined a window near the entrance of the business and two parked cars were hit by bullets. Prior to police arriving, employees hid inside the building until authorities made sure it was safe for them to exit.

Detectives are working to develop a suspect and a motive. The incident remains under investigation by the CID. 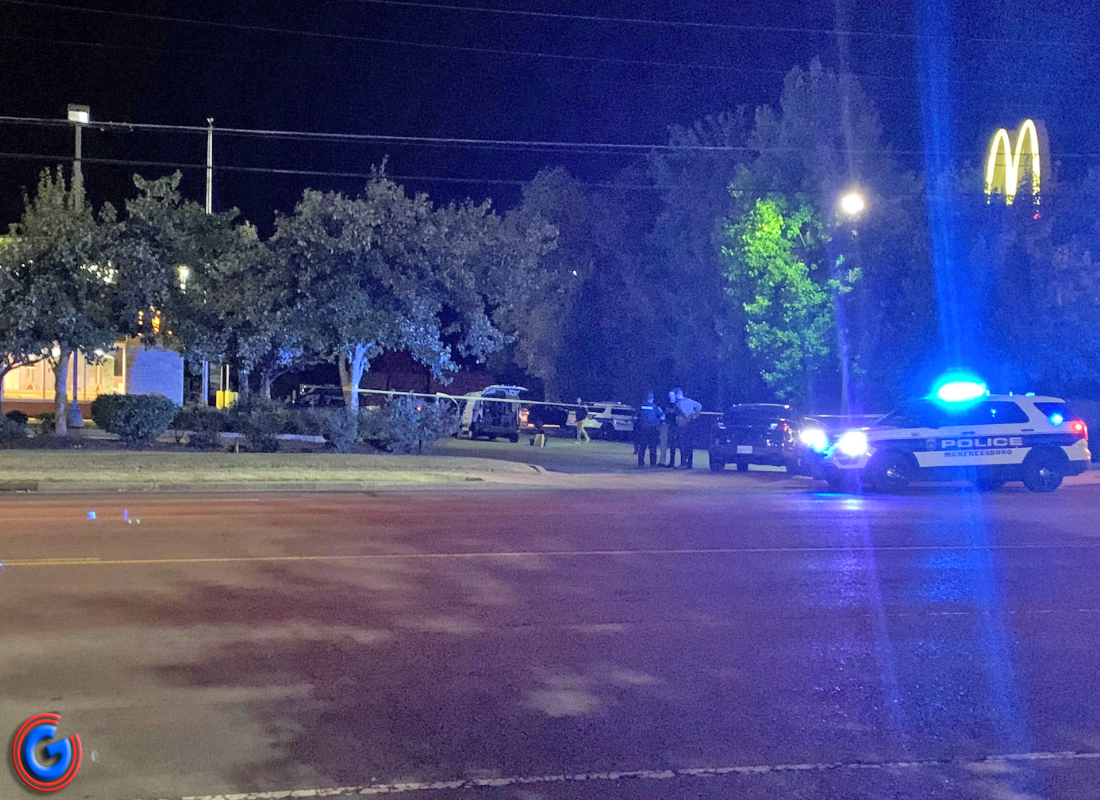 Investigators are asking anyone who may have seen what happened to contact lead Detective Richard Presley at 629-201-5615 or Rutherford County Crime Stoppers at (615) 893-STOP (7867).  You can also send tips, upload photos or video via the P2 Intel Mobile App.