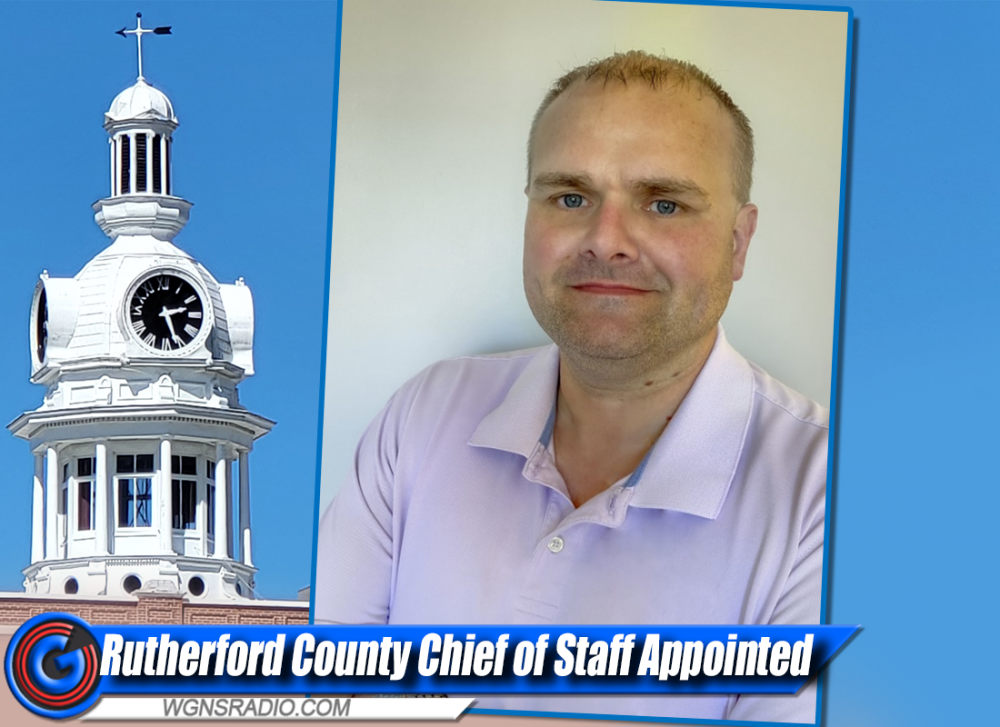 Rutherford County Mayor Joe Carr has announced Eric Hennessee has been appointed as the Chief of Staff. After confirmation by the full commission, he will join the team on October 17.

Hennessee stated, “I am thrilled to be part of Mayor Carr’s team and I am grateful to him for trusting me with this position”. He went on to say, “I look forward to working with Mayor Carr to serve the citizens of Rutherford County.”

Prior to moving to being picked for the new position, Hennessee attended David Lipscomb University where he received his Bachelor’s in Biology and Psychology. He continued his education at the University of Memphis, Cecil C. Humphrey’s School of Law, where he earned his Juris Doctorate.

After college, he worked as a partner in private practice with the Mitchell & Mitchell law firm. In his 13 years of private practice, he focused on family law, civil litigation, criminal defense, and social security disability.

In 2020, he began a new position with the Town of Smyrna. While in Smyrna, he provided legal services for the following departments: Police, Utilities, Parks, Codes, and court. He attended board meetings to include Beer, Planning, and Zoning Appeals to name a few.

In both positions, Eric was responsible for the supervision of his team. Additionally, he assisted the Finance and HR departments on more complex issues.

Hennessee is fluent in Spanish, has completed mission trips to provide medical care, and been awarded the Annual Richard F. LaRoche, Sr Pro Bono Award and the Ruthies Award for Favorite Attorney. He is originally from Warren County, Tennessee, but has lived in Rutherford County since the early 1980’s. He and his wife Vanessa have one child, Sebastian, who is 5-years-old and is a Kindergartner at McFadden.

Mayor Carr said in a press release that he is pleased to welcome Eric Hennessee to the county team! He stated, “Eric will be a great addition to the team, his background in local government will prove to be useful to the county and its operations. We are fortunate to have him joining us!”

Previous to Hennessee, Steve Sandlin worked in a similar position for former Mayor Bill Ketron. Sandlin worked under the title of “Deputy to the Mayor.”