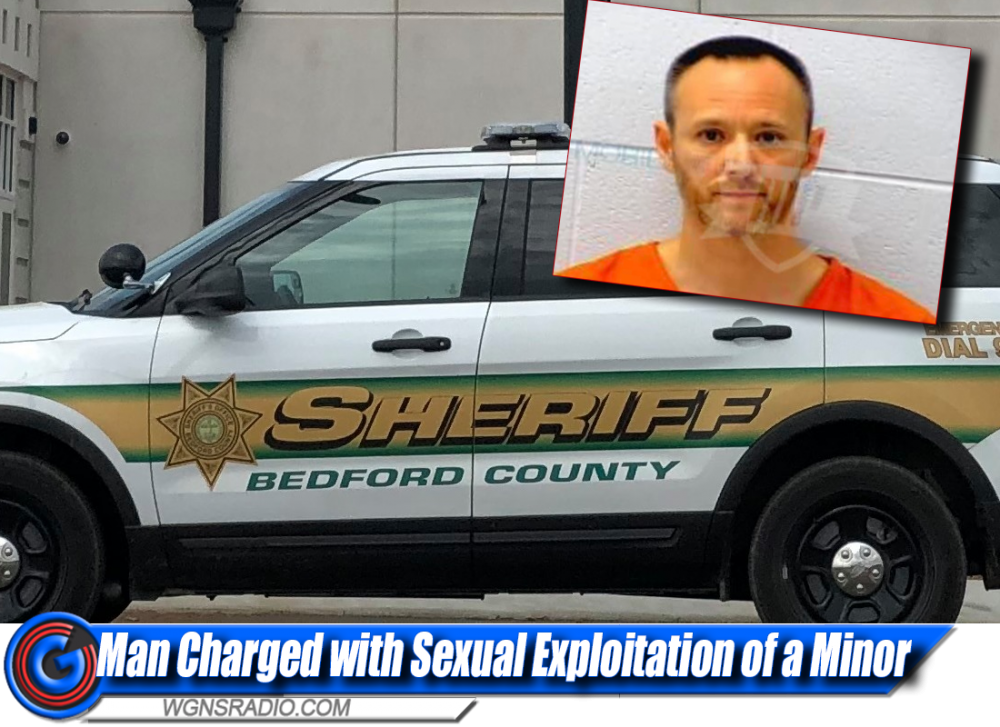 In nearby Bedford County, a man has been arrested and charged with sexual exploitation of a minor after an ongoing investigation.

Daniel Merrett was apprehended on September 19th, after the Bedford County Sheriff's Office investigated the case that was referenced to include pornographic images of children. As a result of the investigation by the Bedford County Sheriff's Office Criminal Investigation Division, Merrett was booked under one count of sexual exploitation of a minor. WGNS confirmed on September 29th that Merrett has since been released on bond.