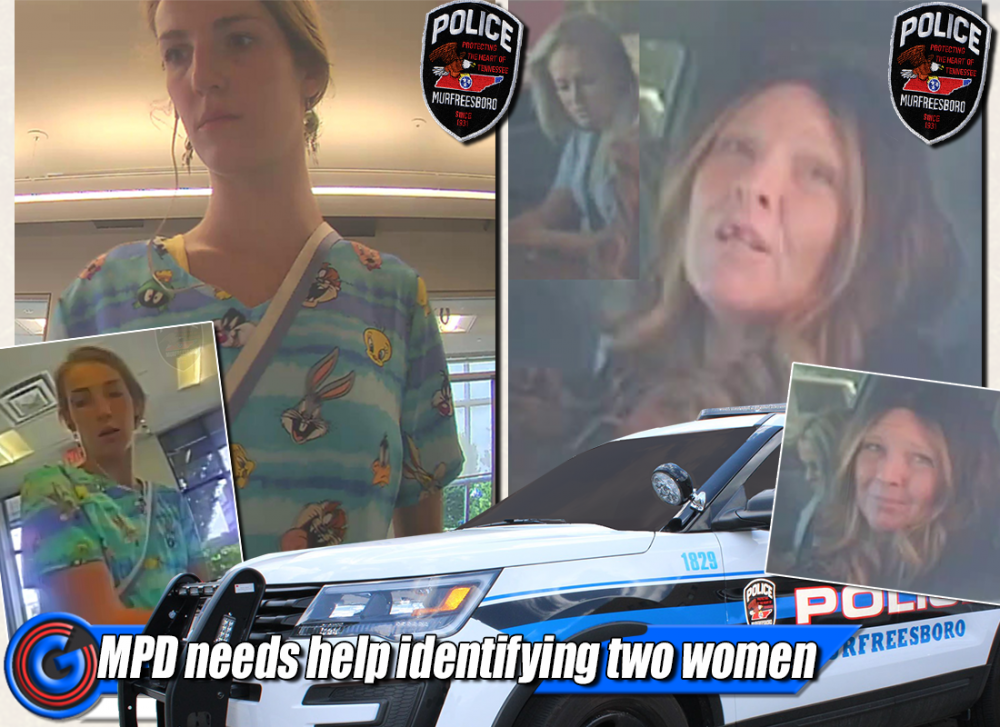 (MURFREESBORO)  Murfreesboro detectives need your help in identifying two women who are believed to be a part of the Felony Lane Gang. Please contact Detective Jessica Rice at 629-201-5550 or email: 0933@murfreesborotn.gov, if you recognize them.

On July 12, 2022, a female deposited an alleged stolen check for $4,600 into an account at Redstone Financial Credit Union on Fortress Blvd. in Murfreesboro, TN. The account belongs to a woman whose car was broken into and her purse was stolen at a greenway trailhead in Nashville this past June. The debit card was in the purse and it was used to withdraw $2,300, according to the Murfreesboro Police Department. To make matters more confusing, the stolen check was taken from a separate car break-in that happened in Lebanon, TN this past July.

The two females are believed to have committed similar fraudulent transactions in Lebanon as well as in Huntsville, Alabama.

The Felony Lane Gang is a group of people known to break into cars, stealing ID’s, debit/credit cards, and checks, often from parks, trailheads, and gyms. The group normally uses the outside lanes at banks to make fraudulent transactions, which many times completely drains the accounts of victims.