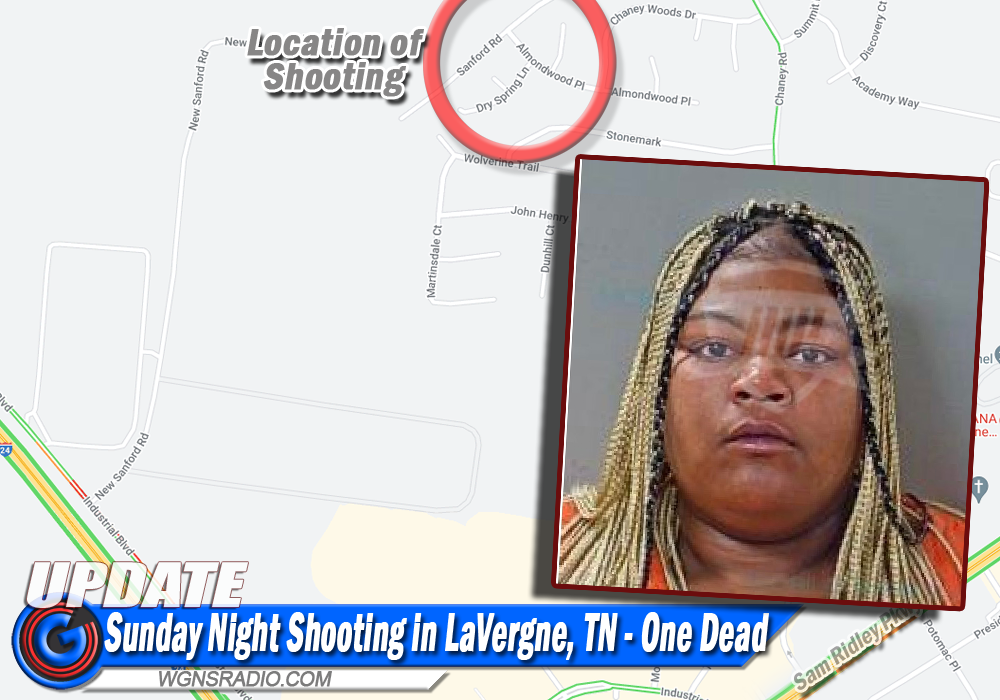 (La Vergne, Tenn.) UPDATE - La Vergne Detectives have released the names of those involved in Sunday night's murder on Almondwood Place. The victim was identified as 37-year-old Robin Taylor. Authorities told WGNS News the suspect has been identified as 25-year-old Kandis Davis. Police say the shooting is considered domestic in nature, as the victim and suspect are sisters. Both are La Vergne residents. The shooting occurred around 11, Sunday night.

Davis was booked at the Rutherford County Sheriff's Office and is charged with second-degree murder and possession of a firearm during a dangerous felony. Bond for Davis was set at $754,000. As of late Monday night, Davis was still behind bars.

Previous News Story - One woman is dead following a late-night shooting in La Vergne. Officers were called to a home on Almondwood Place around 11:00 p.m. on Sunday night, October 16.

Officers say the victim was unresponsive when they arrived. She was transported to the hospital where she was later pronounced dead.  One suspect was taken into custody without incident. Detectives are continuing to investigate the shooting and will identify the victim and suspect at a later time.