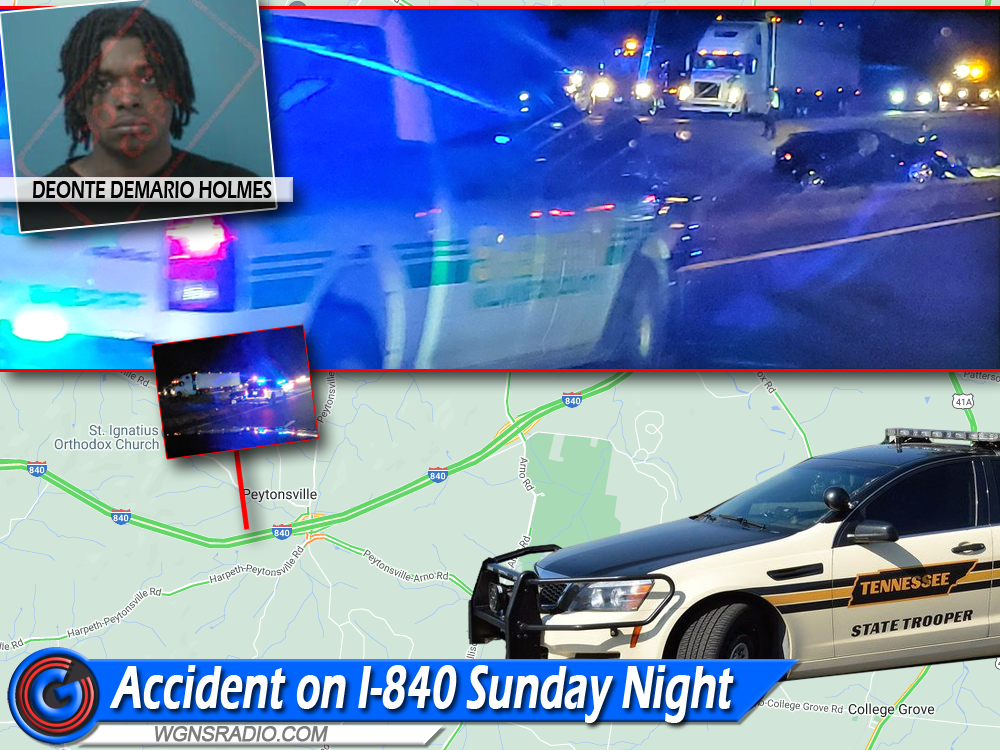 (RUTHERFORD / WILLIAMSON COUNTY, TN) There was a serious auto accident near the Rutherford / Williamson County line around 5:45 Sunday evening on I-840. The wreck highlights the dangers of pulling into the center median between the different lanes of traffic.

The wreck occurred when a Williamson County Sheriff’s Deputy attempted to pull over a vehicle that was traveling towards Murfreesboro. Evidently, the 2021 Ford Mustang attempted to make a U-turn in the center median. When 19-year-old Denote Holmes from Memphis, Tennessee turned into the median, he reportedly struck a culvert and lost control.

After the driver of the Mustang lost control, he entered the westbound lane and struck a 2015 Lincoln SUV. Phyllis Smith from Jackson, Tennessee was driving the Lincoln and according to the Tennessee Highway Patrol, was injured in the wreck. It’s not known if the 3-year-old passenger that was in the SUV with Smith was injured in the collision. However, the THP confirmed driver of the Mustang and his 17-year-old passenger were not injured.

WGNS confirmed on Monday, that 19-year-old Holmes, who was the driver of the Mustang, was arrested by the Williamson County Sheriff’s Office. Holmes is facing a theft involving a firearm charge, felony evading arrest, and two counts of felony reckless endangerment. According to the Sheriff’s Office, he is being held under a $95,000 bond. As of Monday morning, he was still behind bars.