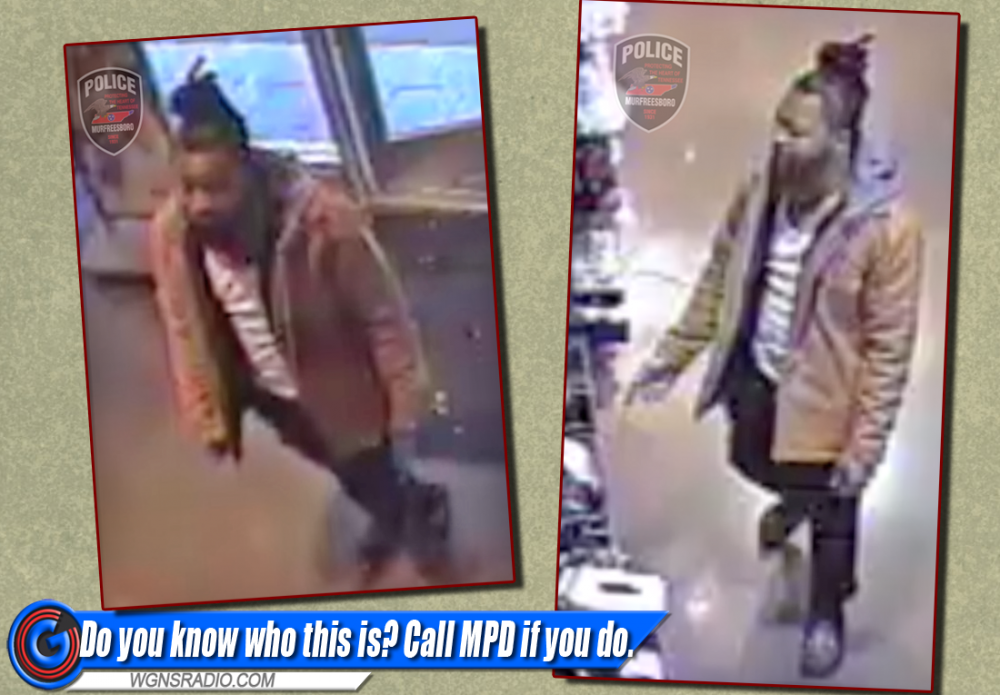 (MURFREESBORO, TENN.) From the shoplifting files of the Murfreesboro Police Department: Authorities are wanting help in confirming the identity of a subject who was recorded on video allegedly stealing several pieces of clothing from a local sport’s apparel store. The incident was reported on last month.

MPD Public Information Officer Larry Flowers told WGNS NEWS the theft “… took place at Champs on Medical Center Pkwy on October 17. The unidentified person grabbed several articles of clothing and ran out of the store without paying. Two employees ran after the individual. When he reached his vehicle, he pulled a handgun from his waist and threatened to shoot the workers.”

The unknown man left the area in an older model red pickup truck. The make, model and year of the truck is not known. Police ask, “If you know this person, please contact Detective Trae Smalley at 629-201-5518.” As of Thursday, November 3, 2022, no arrests have been made in the shoplifting case.

According to a 2021 report from the National Trade Federation, ‘organized’ retail thefts account for losses of over $30-billion annually. Combined with individual shoplifting cases, retail thefts add up to well over $44 billion a year in the United States. Of course, losses of that caliber hit the pocketbook of shoppers too, costing citizens $700-thousand per ever $1-billion in sales.

The state with the highest number of organized shoplifting / retail theft cases… California. On the West Coast, 2.32% of retail sales lost to theft (in CA), according to the National Trade Federation.