Duo Allegedly Shoplifted $2,000 Worth of Medication from Murfreesboro Walmart Store 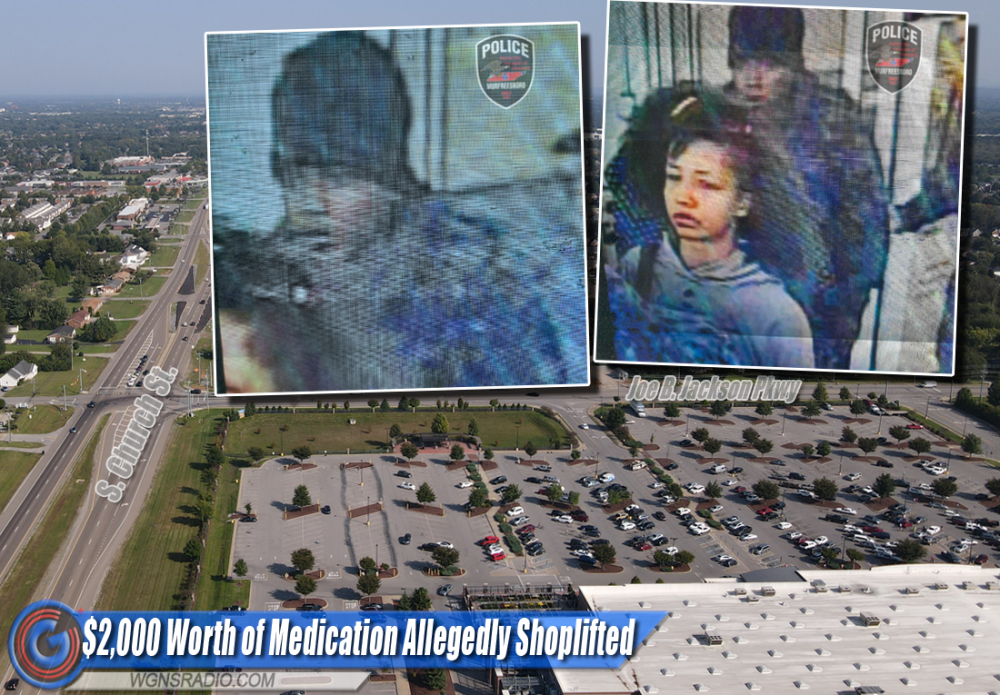 (MURFREESBORO, TENN.) MPD Detectives need help identifying two persons of interest in a theft case that occurred on October 29th. The theft in question was reported at the Walmart store on Joe B. Jackson Parkway at South Church Street (HWY 231S).

According to police, an unidentified male and female made their way into the store and shoplifted nearly $2,000 worth of over-the-counter medication without paying for it. After grabbing the meds, the individuals were seen driving out of the parking lot in a dark-colored four-door Mercedes sedan. The car had a temporary tag on the back.