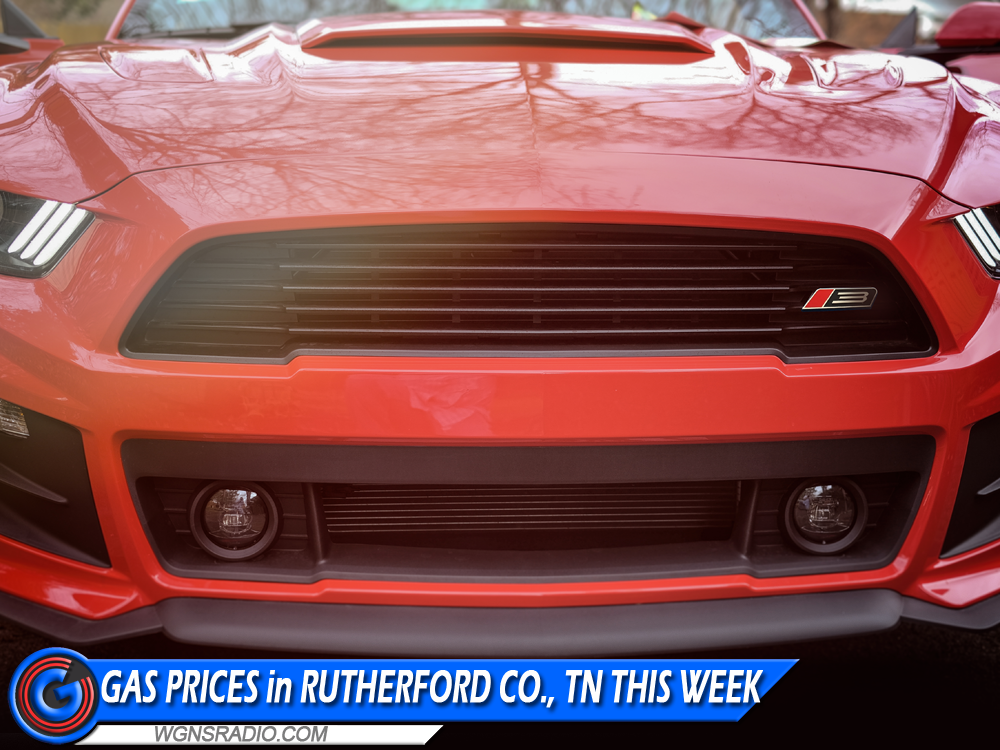 It appears that gas prices are falling as the temperatures fall, when comparing November prices at the pump to the humid summer month of July. On Monday morning, the average price of fuel across the U.S. was ringing in at $3.65 per gallon. This past summer on July 11th, nationwide prices at the pump averaged $4.66 per gallon.

Across the Volunteer State on Monday (11/21/22), the average price of regular unleaded fuel is $3.17 per gallon, which is .65-cents cheaper than prices earlier this year in the heat of July. Tennessee is currently the 7th least expensive state to re-fill your tank in. That said, the most expensive place for gas is on the west coast in California.

In the immediate area surrounding Rutherford County, nearby Wilson County's average price-per-gallon is $3.10. Davidson County fuel prices are averaging $3.15 per gallon. South of Murfreesboro in Bedford County, the average price at the pump is $3.21 per gallon. In Coffee County, regular unleaded fuel is selling for $3.19 per gallon. On Monday morning, Williamson County had the highest price of gas in Tennessee at $3.49 per gallon.

CHEAPEST / MOST EXPENSIVE - Tennessee is currently the 7th least expensive state to re-fill your tank, where the price on Monday equaled $3.17 per gallon (on average for regular unleaded gas). That said, the most expensive place for gas is on the west coast in California, where regular unleaded is selling for $5.18 per gallon. The Lone Star State has the cheapest price of fuel right now. There, Texans are paying an average of $2.93 per gallon.

"What an incredible turnaround in the last week. While a decline was expected in more states than last week, I didn't expect every single state to hop on the bandwagon so quickly. But, it's terrific news as motorists prepare for Thanksgiving travel, with tens of thousands of stations under $3 per gallon, and thousands more to join in the next few weeks, barring a dramatic turnaround," said Patrick De Haan, head of petroleum analysis at GasBuddy. "Everyone will be seeing relief at the pump this week, with even more substantial declines on the way as oil prices plummeted last week to briefly trade under $80 per barrel. It's not impossible that if oil markets hold here, we could see a national average of $2.99 around Christmas, certainly the gift that every motorist is hoping for. Drivers shouldn't be in a rush to fill up as prices will come down nearly coast-to-coast into the heavily traveled Thanksgiving holiday."

Source: GasBuddy.com - GasBuddy's survey updates 288 times every day from the most diverse list of sources covering nearly 150,000 stations nationwide, the most comprehensive and up-to-date in the country. GasBuddy data is accessible at http://prices.GasBuddy.com. 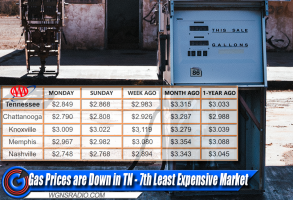 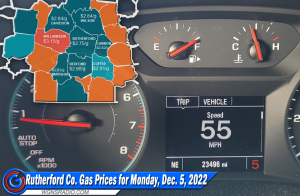 Rutherford County Gas Prices Start the Week Off at $2.75 Per Gallon (Average for Regular Unleaded)