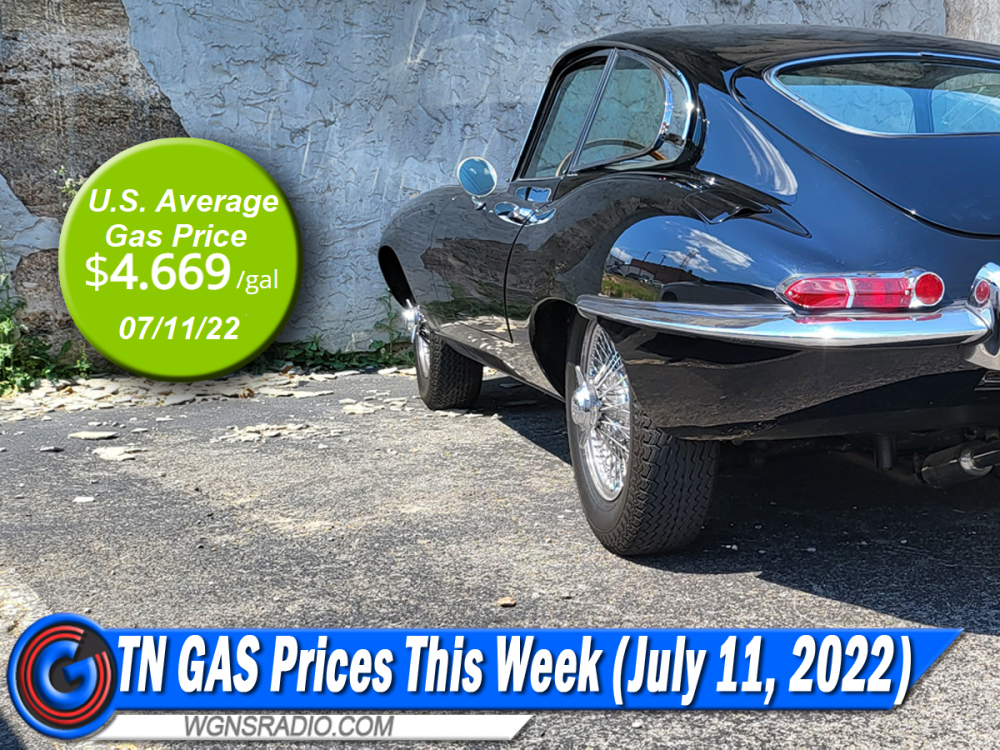 Statewide Highs and Lows of Gas: The GasBuddy 'price reports statewide' show the cheapest gas station in Tennessee was priced at $3.77 per gallon on Sunday (07/10/22) while the most expensive was $5.34 per gallon - a difference of $1.57 per gallon.

Prices Across the United States: The national average price of gasoline has fallen 12.8 cents per gallon in the last week, averaging $4.66/g today. The national average is down 34.4 cents per gallon from a month ago and stands $1.54/g higher than a year ago, according to GasBuddy data compiled from more than 11 million weekly price reports covering over 150,000 gas stations across the country.

More on Prices Across the USA: “The national average has declined for 27 days straight, or four weeks, the longest decline in average gas prices since the pandemic started in 2020. Average gas prices are down nearly 40 cents, with Americans shelling out $140 million less on gasoline every day than they did a month ago," said Patrick De Haan, head of petroleum analysis at GasBuddy. "We may see the trend last a fifth week, as long as oil prices remain cooperative and don't surge beyond $105 per barrel, and as long as refinery production of gasoline remains strong. But we're not completely out of the woods yet - we could also see a sharp reversal in the decline. There remains risk of a spike in prices that could send us to new record levels in August, should any disruptions occur. It could be a wild ride, but for now, the plummet at the pump shall continue."

Soure: GasBuddy is the authoritative voice for gas prices and the only source for station-level data spanning nearly two decades. Unlike AAA's once daily survey and the Lundberg Survey, updated once every two weeks based on a small fraction of U.S. gasoline stations, GasBuddy's survey updates 288 times every day from the most diverse list of sources covering nearly 150,000 stations nationwide, the most comprehensive and up-to-date in the country. GasBuddy data is accessible at http://prices.GasBuddy.com.

Other News Headlines from WGNS RADIO:
1.) Serious Auto Accident in Murfreesboro
2.) What's the Next Move for 'Notes LIVE' in Murfreesboro?
3.) TBI Charges Firefighter in Waverly, TN with Arson
4.) Housing Protest in nearby Nashville, TN