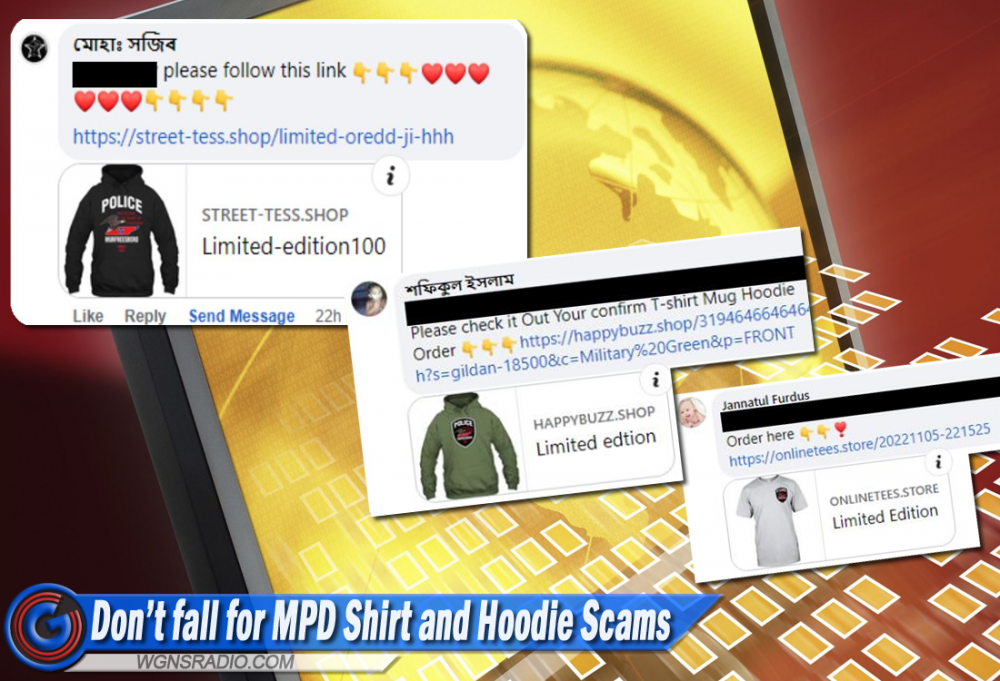 Screenshots from the MPD

Some of the clothing items are advertised as limited-edition hoodies and t-shirts. Regardless of how cool the shirts may look, the local police department warns, “Do not click on these links.” According to the city police, “MPD does not endorse or authorize use of it’s branding for these fraudulent online sales.”