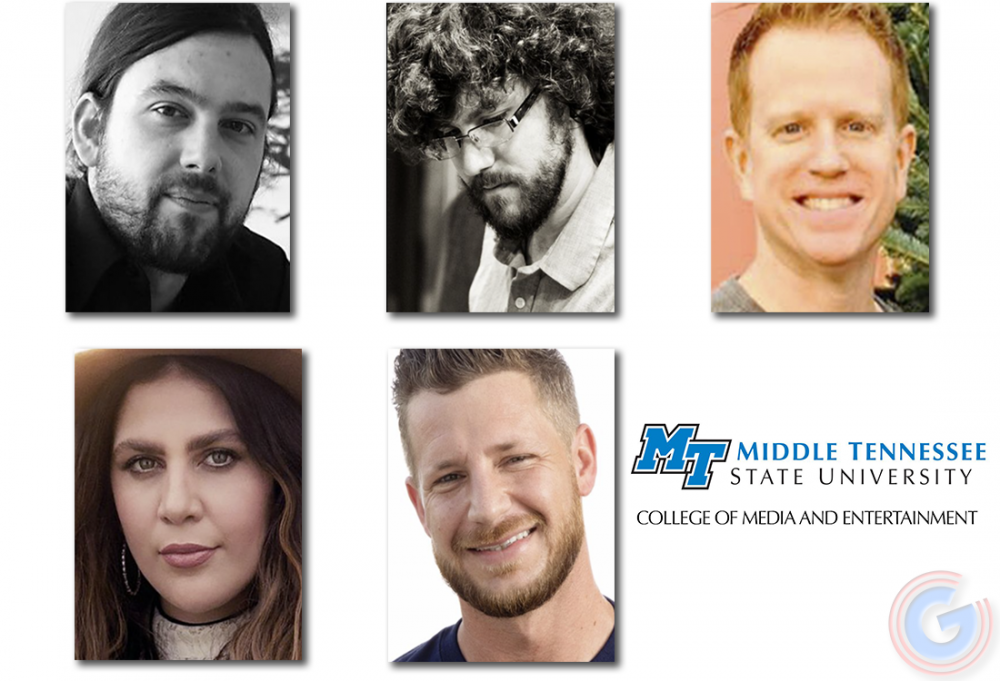 (MURFREESBORO, TN) Songwriters, engineers and singers who refined their talents at Middle Tennessee State University have once again been singled out for recognition with the recent announcement of the nominees for the 65th annual Grammy Awards.

The 2023 Grammys will air live Sunday, Feb. 5, from 7 to 10:30 p.m. Central on CBS and the Paramount+ networks from the Crypto.com Arena in Los Angeles. The nominees were announced Nov. 15.

MTSU once again plans to take a contingent of College of Media and Entertainment students, faculty and administrators to LA for a long weekend of gathering with local alumni and attending backstage and pre-show Grammy events.

Range of talent - Williford, a 2016 MTSU graduate from Gastonia, North Carolina, earned his first No. 1 single, “One Number Away,” in August 2018 and the 2019 CMA Song of the Year award for the quadruple-platinum-selling "Beautiful Crazy."

2009 alumnus Raitiere won his first Grammy at the 2020 ceremonies for co-writing “I’ll Never Love Again” for “A Star is Born” in the best song for visual media category.

The Danville, Kentucky, native co-wrote all but one of the songs and sings on two on McBryde’s concept album, which the pair and a friend created. Their musical pals, including Brandy Clark and Caylee Hammack, join them to make up the “cast.”

Bell, a 2004 graduate who's engineered projects for artists ranging from Amythyst Kiah to The Lonely Island to the Zac Brown Band, plus Raitiere's new album, won the bluegrass album Grammy for mixing "Nobody Knows You," the Steep Canyon Rangers' 2012 release.

Lady A — Scott, Dave Haywood and Charles Kelley — won the first of their five Grammys in 2009 for “I Run to You,” then commenced a two-year sweep through the country album, performance and record of the year categories that also earned 1980 recording industry alumnus L. Clarke Schleicher three engineering Grammys.

37 Grammys and counting since 2001 - The Department of Recording Industry at MTSU, part of the College of Media and Entertainment, trains song creators and performers in its Commercial Songwriting Program, experts in recording live music and audio in its Audio Production Program, and music entrepreneurs, including managers and publishers, in its Music Business Program.

MTSU alumni, former or current students, and faculty from across the university have been a part of more than 134 Grammy Award nominations in the last two decades.

The number of MTSU-connected Grammy winners since 2001 currently stands at 15 people with a total of 37 Grammys, including nine repeat recipients, in categories from classical to pop to rock to country to gospel.

The Department of Recording Industry and the College of Media and Entertainment are currently marking an eighth year on Billboard‘s latest international list of top music business schools, once again earning acclaim for the program’s diversity, depth and longevity.

For more information about the Department of Recording Industry at MTSU, visit https://mtsu.edu/recording-industry.

More details about the 65th annual Grammy Awards are available at https://Grammy.com.