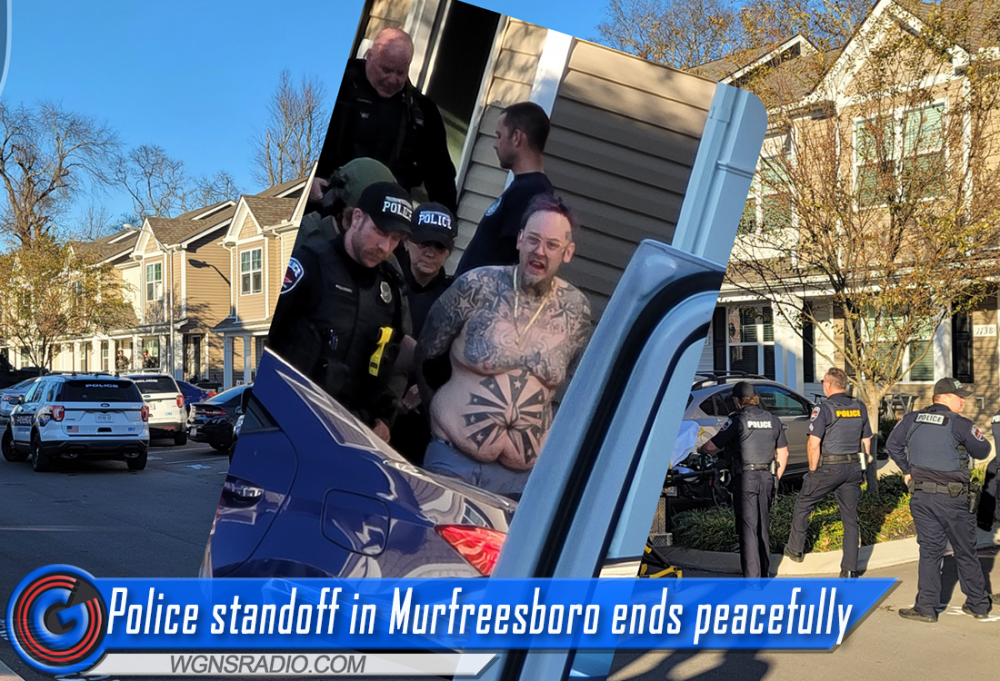 SCROLL DOWN for Video from MPD

Colvin Rush surrendered to Special Operations Unit (SOU) officers around 3:20 p.m. after about three hours of negotiations and giving him verbal commands to exit the home. The negotiations also included the help of a Crisis Intervention Team officer and a hostage negotiator talking with Rush over the phone.

MPD officers were called to the Heritage Place Townhouse on Tradition Trail following a domestic situation with Rush and his girlfriend around 12:17 p.m. Rush is accused of strangling his girlfriend before tossing her personal belongings outside.  The girlfriend and her small child, and teenage relative are OK. Rush is facing aggravated domestic violence charges.

Rush was booked into the Rutherford County Adult Detention Center where is remains in custody.