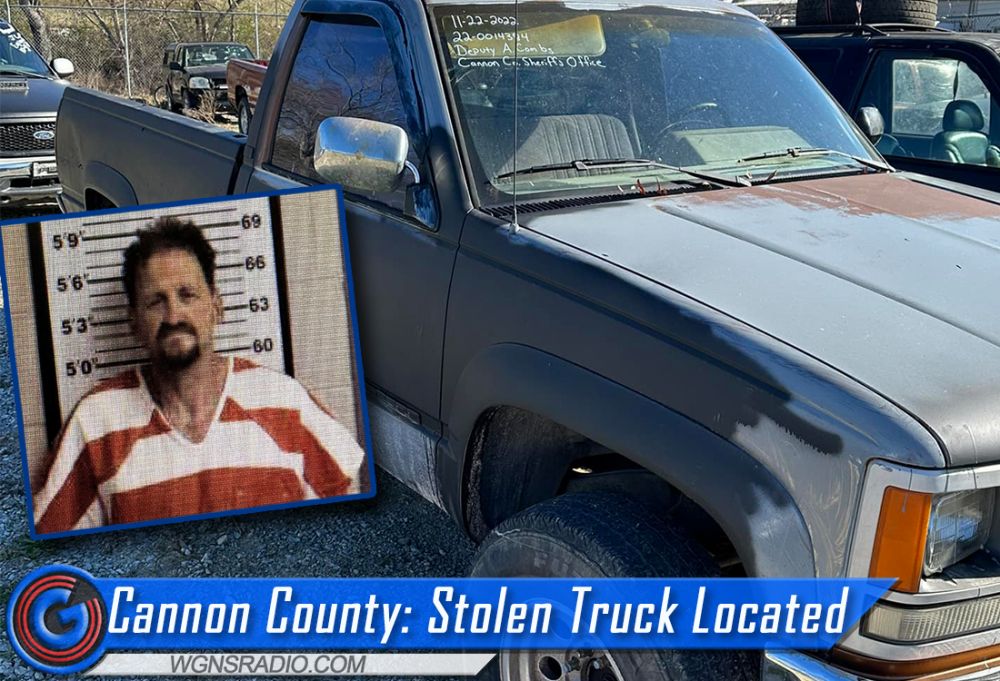 (CANNON COUNTY, TENN.) In neighboring Cannon County, Sheriff’s Deputies recovered a vehicle that was reported as stolen earlier in the week. The vehicle was located with the help of a Good Samaritan, according to deputies who investigated the case.

On Tuesday (11/22/22), Cannon County Sheriff’s Deputies arrived at a residence on Finnie Simmons Road in reference to the ongoing investigation of a stolen vehicle. After deputies pulled into the driveway, Deputy Anthony Combs confirmed the pickup truck that was parked at the house was indeed the truck that he previously filed a stolen vehicle report on.

Minutes after the truck was located, Deputy Combs made contact with the individuals inside the residence. Those individuals reportedly included Candice Vickers and Micah “Steffen” Blair. Mr. Blair was taken into custody and transported to the Cannon County Sheriff’s Office without incident. The 46-year-old suspect was charged with Theft of Property Over $1,000, Vandalism and Violation of Probation. His bond was set at $4,000. As of Wednesday night (11/23/22 @8PM), Blair was still behind bars in the Cannon County Jail.