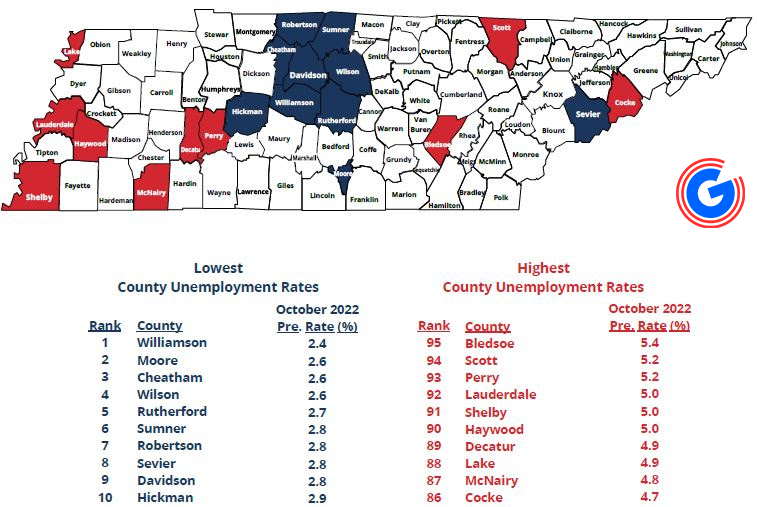 (Rutherford County, TN) Unemployment in a majority of Tennessee’s counties remained below 5% during October 2022, according to newly released data from the Department of Labor and Workforce Development. Eighty-nine counties recorded rates below 5%, while the remaining six counties had rates at or over that threshold.

Williamson County had the lowest rate in the state for the month. At 2.4%, the county’s jobless number inched up by 0.3 of a percentage point.

Bledsoe County recorded the state’s highest unemployment rate in October. At 5.4%, its rate grew by 0.6 of a percentage point.

Statewide, October’s seasonally adjusted unemployment rate remained low at 3.5% and still near the record low of 3.2%.

EMPLOYMENT - To learn more about available job training, how to enroll in Adult Education classes, or to search for employment, Tennesseans can visit TNWorkReady.com.