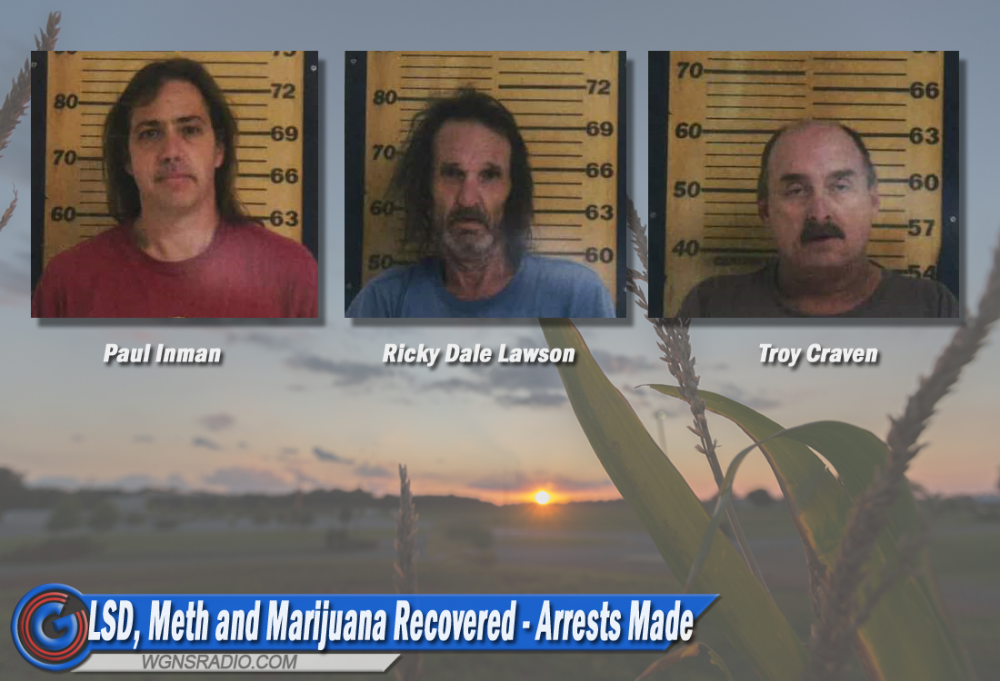 (WARREN CO., TENN.) In nearby Warren County, Tennessee, Investigators with the Sherriff’s Office, the McMinnville Police Department, the 31st District Attorney General and Special Agents with the Tennessee Bureau of Investigations, made three arrest that were tied to the discovery of LSD, Methamphetamine and Marijuana. According to Warren County Sheriff Jackie Matheny, Jr., the arrests were made after a narcotic search warrant was executed on Spring Valley Road in McMinnville.

Shortly after authorities pulled up to the small home surrounded by a chain-link fence, the search warrant was executed and law enforcement quickly entered the two-toned brick and vinyl home. Authorities report the search warrant was served at the residence of Paul Thomas Inman and Troy Craven. On the property, LSD (Lysergic acid diethylamide), Meth and Marijuana were recovered.

The investigative work resulted in the arrest of both Inman and Craven, along with a third suspect named Ricky Lawson. All three are now facing various drug charges. Reports from Warren County indicate all three were out of custody in time for Thanksgiving. 55-Year-old Craven, 52-year-old Inman and 64-Year-old Lawson bonded out of jail within hours of their arrest on November 18th.

Sheriff Matheny later thanked the hard work of all law enforcement departments involved in the arrests, noting that the Warren County Sheriff’s Office will continue to aggressively investigate the distribution of illegal drugs in their community.