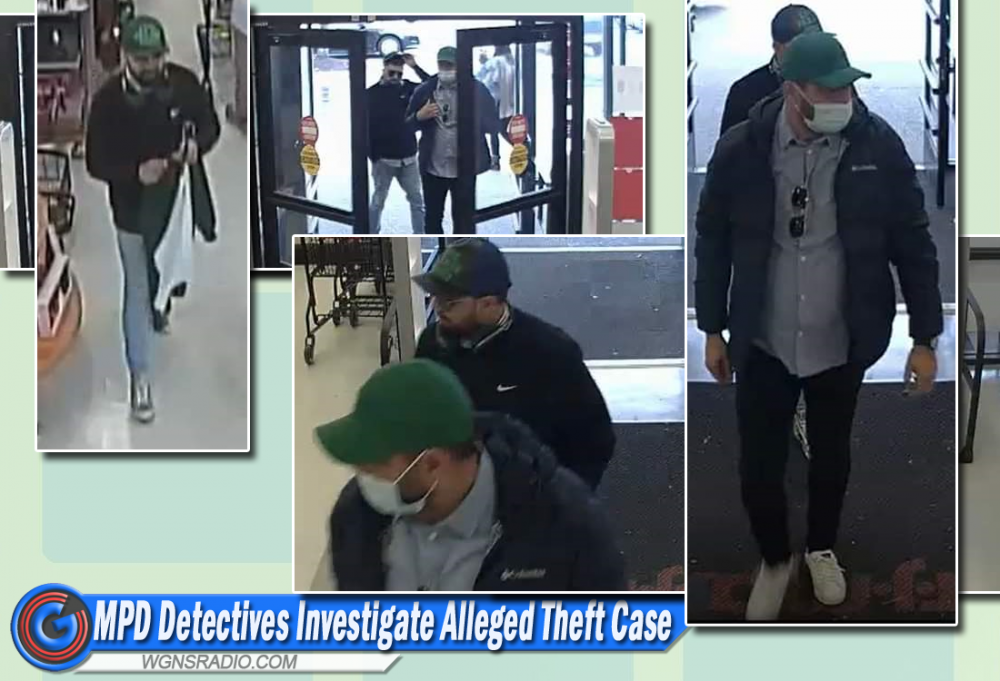 Photos released by the MPD

(Murfreesboro, TN) As we enter into the holiday season, more and more thefts will likely be reported. There are several reasons for an uptick in thievery during the weeks before Christmas, one of which is speculated to be a desperation for gifts. Another could be tied to the fact that more shoppers equal more opportunities. Regardless of the reason for more thefts, it’s important to know your surroundings when shopping and to keep a tight grip on your purse or wallet.

In one recent theft, detectives in Murfreesboro are seeking the identities of two men who are alleged to have stolen a woman’s wallet out of her purse. The theft occurred as the woman was shopping at T.J. Maxx on Nov. 11th.  One of the unidentified men allegedly distracted the woman as she shopped in the Old Fort Parkway store, while the other is accused of unzipping the victim’s purse and taking her wallet.