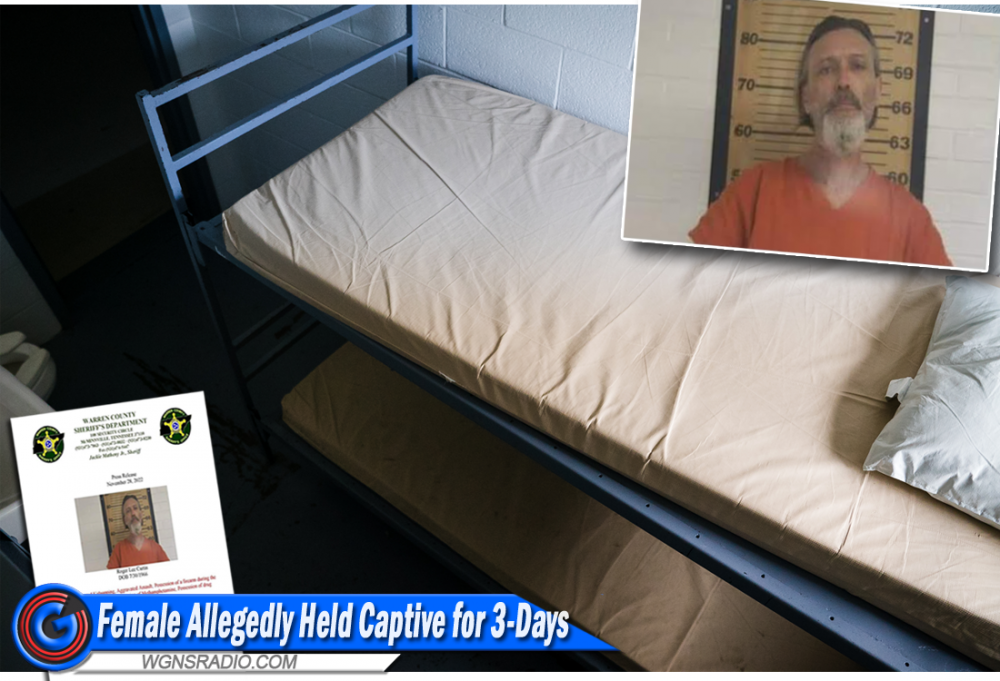 (WARREN COUNTY, TN) In nearby Warren County, a man was charged with kidnapping and rape after allegedly holding a woman captive for three daysm according to Sheriff Jackie Matheny, Jr.

Just one day after Thanksgiving, the Warren County Sheriff’s Office investigated an incident that was said to have involved a female who was being held against her will in the residence of Roger Lee Curtis. The 56-year-old suspect is accused of holding the female acquaintance captive for a total of three days. During that three-day period, Curtis is accused of physically and sexually assaulting the woman.

After the Sheriff’s Office and the 31st District Attorney General’s Office investigated the case, they charged Curtis with Especially Aggravated Kidnapping, Aggravated Assault, Rape, Possession of a Firearm in the Commission of a Felony, Possession of Methamphetamine, and Possession of drug Paraphernalia. Mr. Curtis was arrested during the early morning hours of Friday, just one day after Thanksgiving. Intake reports show he was booked into the Warren County Jail around 5:50 AM on November 25th. His bond was set at $240,000.

As of Tuesday afternoon, November 29th, he was still behind bars and unable to make bond.