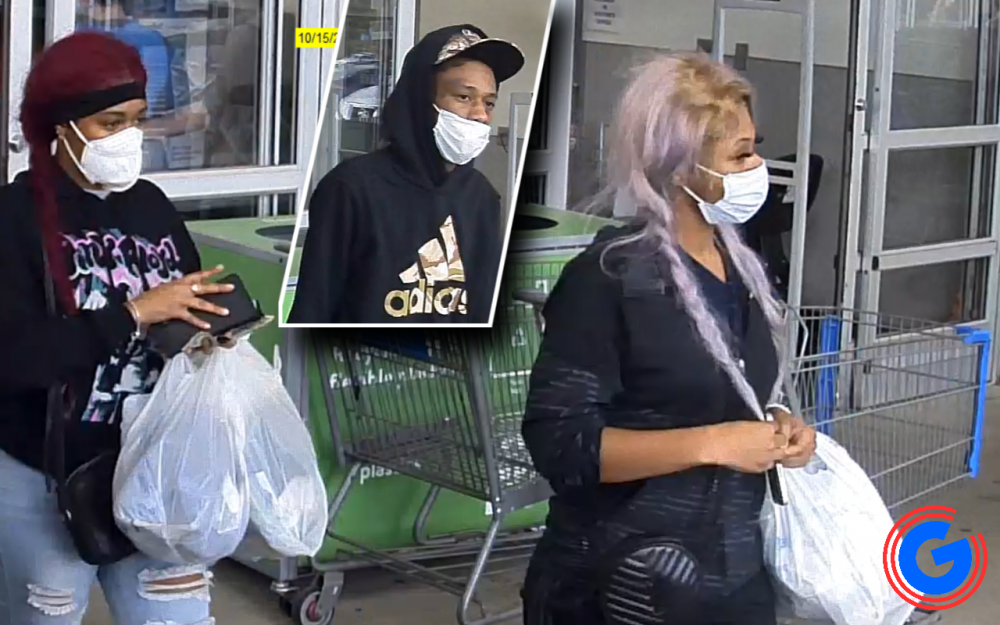 (La Vergne, Tenn.) Detectives are looking for three people who stole more than $10,000 from the La Vergne Walmart last month.

The pictured individuals were allegedly part of what police called a “Cash Cash Scam” at Walmart on October 15, 2022. In that case, the trio reportedly got away with more than $10,000 worth of merchandise and gift cards. The suspects are possibly driving a green Jeep Grand Cherokee.

Anyone with information about this theft or who can identify the suspects is asked to call Detective Tanner Nokes at (615) 287-8748 or email tnokes@lavergnetn.gov.