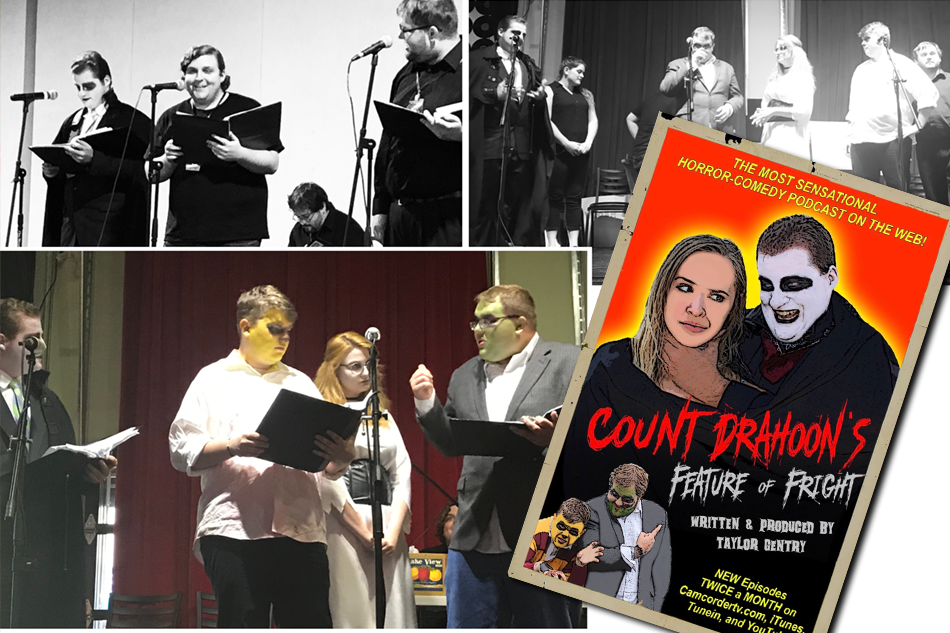 Count Drahoon's Feature of Fright returns to Murfreesboro, TN; this time to Center for the Arts on Tuesday, December 17th at 7pm for another evening of horror themed radio plays. This current live show has a theme and its own title: "The Southern Gothic Ghost Show"; five stories with a ghost and some aspect of southern culture (farming, pro wrestling, frontier history, etc.)

In a past radio interview on WGNS, Count Drahoon told us...

"From the outset, putting a radio show on about ghosts in December seems odd" says Taylor Gentry, writer and director of Count Drahoon's Feature of Fright. "However, if you look back at the Victorian age, telling ghost stories around the hearth during Christmas was the thing to do! It's a very strange, highly interesting custom that I think horror fans would love to see brought back. Depending on how well the concept is received, I would love to make this a new holiday tradition for our community."

Count Drahoon's Feature of Fright, a horror-comedy podcast, has become more visible throughout the greater Nashville area. In addition to the current live show, the podcast has agreed to partner with Nick Newton's and Spinelli's in Murfreesboro to perform new shows every month, starting in 2020. The first show is scheduled for January 15th, and auditions for the first Spinelli's live show will be on December 15th, 2019 at the same location.

Each monthly show will be preceded by an audition session for actors in the surrounding community that are interested in joining "The Tangled Web".