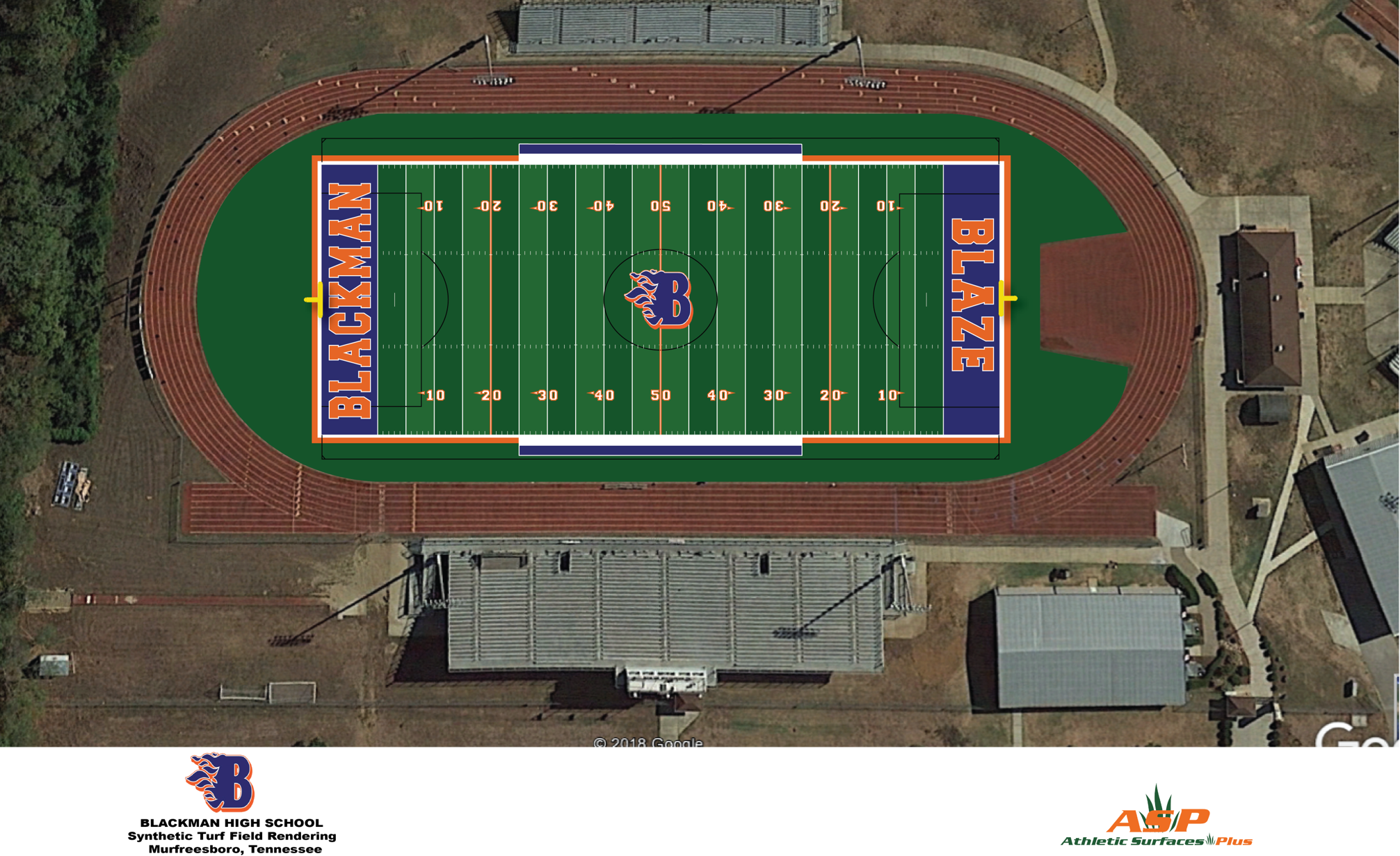 On Thursday, November 29, the Rutherford County School Board approved the construction of a turf field at Blackman High School. The field is being installed over the winter, and there is no cost to Rutherford County Schools. Donations and commitments for field advertising cover the entire cost. A committee of football parents are fully responsible for the success of the capital campaign.

The inaugural game on the turf field will be on Saturday, August 24, 2019 when Blackman plays Alcoa. The field has been named Bart Smith Field.

Bart Smith was a life long resident of the Blackman community. After high school, he served in Vietnam in the Army's 25th Infantry. He returned home and enrolled in the Tennessee law enforcement academy. After graduation, he was employed for 20 years with MPD and, later, 20 years with Rutherford County Sheriff's Department. He also was a school bus contractor for Rutherford County Schools for 40+ years.

Bart Smith is the 7th generation landowner of the property on which Blackman High School, Blackman Middle School, and Blackman Elementary sit.

The Smith family has a long history in the Blackman Community, dating back to 1804. The first home on the 700+ acres that the Smiths owned in Blackman was named Springfield. Springfield was built by General John Smith- Bart's 4th great grandfather (General John Smith was awarded nearly 700 acres in a land grant for his service in the war). Springfield sits on Manson Pike in what is now known as the Springfield Apartments development. Springfield was built in 1804-1805 by General John Smith. In 1815-1820, the house was a host of marriages of General Smith's daughters to two of General Andrew Jackson's men, Overton Crockett and Fontaine Crockett who returned after the war of New Orleans. The next wedding was Fontaine and Julia's daughter Sara Katherine Crockett to Francis Whiting Washington. Francis is fourth cousin to President George Washington. In 1857, Francis Washington remodeled, some of this included adding a portico and tall colonial columns. During the war between the states, Union officers were quartered in the west side and the family concealed a wounded Confederate soldier on the east side. Descendants of Washington's lived at what became known as Washington Place and Springfield. The Washington Smith Cemetery is located on Manson Pike after crossing Overall Creek and just before this beautiful, historical property.

In 1995 Rutherford County Schools called upon the family as they believed the Smith's were the key to the first multi school complex in Rutherford County. Subsequently, the Smith's sold RCS a total of 210 acres (105 from Mr. Bill Smith (Bart's father) and Mrs. Ernestine Smith Williams (Bill's sister) in 1997 / 1998.

The construction began to build what is now known as Blackman High, Blackman Middle and Blackman Elementary with Fortress Blvd. splitting the remaining lands of the Smith's and Smith-Williams. The high school has been open almost 20 years. Bart and his wife, Clarissa would ride on the John Deere Gator on the dirt path the City of Murfreesboro was cultivating to what is now known as Fortress Blvd. and Blaze Drive to check on the building progress of the schools on a daily basis. Bart was proud of "his" Blackman Community and even more proud to see three schools being constructed on the family farm.

Clarissa Smith took financial responsibility for the Field Naming Sponsorship, resulting in a lifetime name of "Bart Smith Field." Clarissa Smith states, "To say Bart would be humble and proud is an understatement." The Smith family is thrilled with the lifetime legacy field name, which cements the strong family connection both past and present and future with the deep roots of the Smith family and Blackman and our schools.