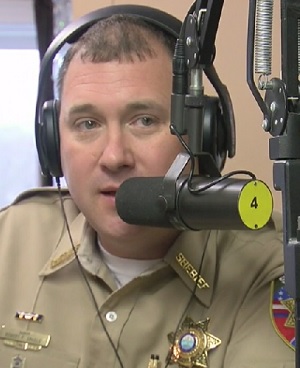 Members of the Rutherford County Commission voted to ask Sheriff Robert Arnold to resign from his position.

Commissioners unanimously voted 21-0 to ask the sheriff to step down at their Thursday night meeting. This after meeting in executive session with an attorney. Commissioners Robert Stevens and Jeff Phillips have previously gone on record, asking the sheriff to resign...

Arnold faces 14 federal charges that could land him behind bars for the next 95 years if convicted.

A trial date is set for August 2nd in a Nashville federal courtroom, but could be continued. The three have entered not guilty pleas.