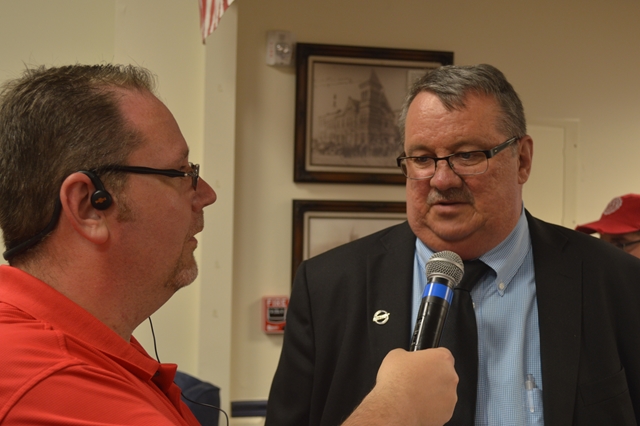 WGNS' Bryan Barrett talks with David Nipper, who won the GOP nomination in the race for County Commission, District 15